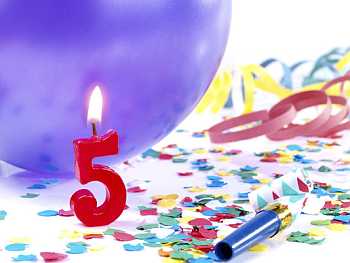 Yup that’s right, Stumble Forward has turned the ripe old age of  5 and it was on this very day that I wrote my first article and posted it on my site.  So today I thought I would share with you all the things I’ve done along the way and what I learned.

Specifically I’ll be sharing things like my traffic stats, earnings, some of my top articles, and even a few pictures of what Stumble Forward actually looked like back in the early years.  So let’s jump right in.

In the last weekend of August 2008 I finally put my foot down and said I would start my first website. I had no idea if things would work out or even if I’d be blogging a year from now.  All I knew was that I needed stop wasting time and just do it.

I can also say things have changed a lot since I’ve started.  When I started in 2008 I felt like I was getting in the blogging game a little late but looking back realized now is always the best time to start and I’m glad I did.

Quick Tip: Don’t talk yourself out of doing something just because you feel you are getting in the game late, because now is always the best time to take advantage of an opportunity.

My whole goal for starting my site was to share the financial mistakes I’ve made and give insight into how I got past those mistakes.  What’s great about this is that I’ve helped a lot of people along the way with tips and advice and to me this is the greatest reward my site has given me.

Pictures From The Past

Now that you have the WHY behind my story let’s look at some of the alterations Stumble Forward has gone through in that time.  Below is a picture what my site first looked like when it first launched in 2008.

As you can tell Stumble Forward didn’t look all that great when it first started but I had a site up and running and that’s all I cared about at that point.  A few months after that I changed the theme to something a little more desirable. 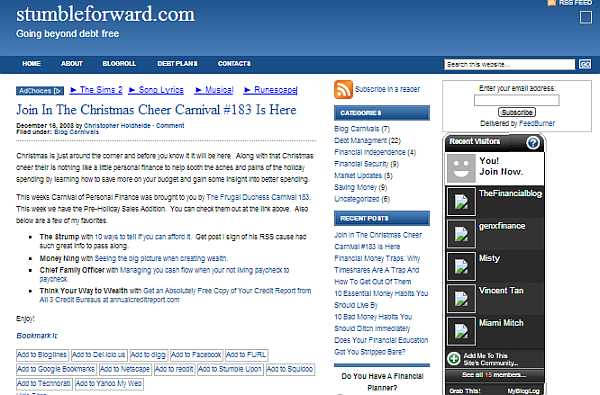 In 2009 I also made another theme change as well. 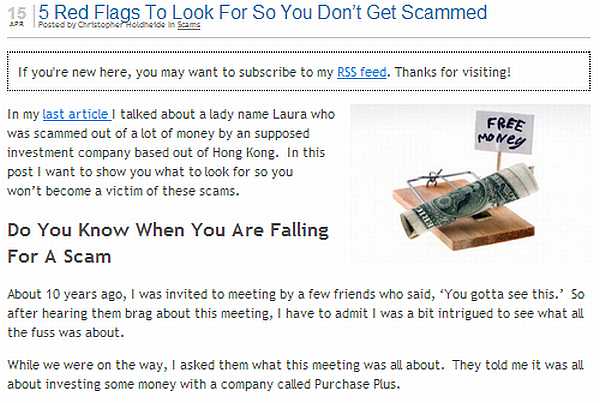 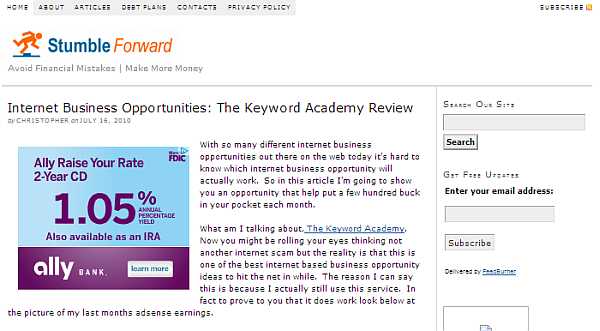 As far as traffic goes there has been a ton of traffic that has come and gone over those 5 years.

Secondly, the average visitor has stayed around 1 minute on my site but I plan to increase this over time.  I also plan to work on lowering my bounce rate as well.  For those of you who don’t understand bounce rate it’s a basic measure that tells you how many people engage and click on at least one link on my site when they land on it.  As you can tell around 80% of the people that come to my site tend to bounce and leave.

I think the main reason for this is because my site is nothing more than a content site which basically means most people will skim my content and not truly read the article from beginning to end.

To fix this I’m working to make my content easier to read and make it more engaging.  If you have any tips make your content more engaging I’d love to hear them in the comments below.

Over the last 5 years there have definitely been a few articles that have stood the test of time and continuously drive in traffic through their popularity.  One common characteristic that I seem find with all of these articles is that they are almost all based on some type of experience I’ve had.

Now we make it to the part everyone wants to know, income.  Honestly, the income has been very rewarding for this site, more than I could ever imagine.  I’ve been able to do a lot of things from attending conferences, vacations, to building my my new house.

Below is what I’ve managed to earn since starting my blog.

With all the things I’ve done over the last 5 years I thought I would also include a section on what I plan to accomplish going forward.  Doing this would allow me to look back on this in 5 years and see exactly what I did accomplish and determine exactly how well I did in that time.

Here is a short list of things I plan to do.

As final thought I’d like to talk about achieving success.  If you would have told me five years ago that I was going to have everything that I have right now and I would have thought you were kidding.  In fact, I nearly gave up after the first year but I stuck with it and think of all the things I wouldn’t have today if I did quit.

Quick Tip: Do the right things long enough and success is inevitable.  You just need to figure out what those right things are and do them until you succeed.

This tip has probably been the guiding principle in my current success.  Now I’m not saying I’ve achieved much but I know as long as I create a plan and do the right things success will always follow.

What Big Things Have You Achieved With Your Blog?