Charge offs are one of the worst entries that can be made on a credit report, and are the leading reason for being denied credit in the future. This is because unlike a late account or an account in collections, by declaring a charge off the debt issuer is letting future creditors know that no payment was collected on the debt. This makes lending to a person with charge offs on their credit history 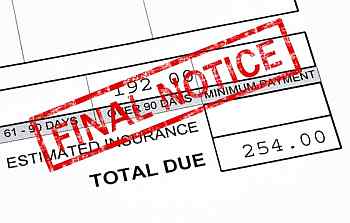 less desirable, since future creditors will fear the risk that the debtor will force them into a charge off situation.

Checking your credit report regularly is the best way to spot charge offs reported in error; you certainly don’t want a charge off you don’t owe to impact your creditworthiness. But what happens if you know you really do owe the debt, and now you’re stuck in a charge off situation?

Charge offs are usually reported after six months of non-payment. If even a token amount is paid during that time, the creditor will typically restart the six month count down. After a charge off is reported, there are several things that can happen to that debt – but it won’t just disappear. Don’t fall for these common mistaken assumptions about charge offs.

For those wondering “Does paying off charge offs help your credit?” lenders’ increased willingness to work with you is one way that your credit will benefit from paying off such an account. Additionally, paying off a charged off account will ensure that eventually, the debt will be too old to be considered relevant to your credit profile. If the debt is constantly updated by an aggressive collector, this will not be the case.

Paying off charged off debt makes financial sense in the long term. Although an initial charge off immediately impacts your credit score and overall credit risk profile, charge offs that remain unpaid can cause further damage to your score. A paid off charge off, on the other hand, can improve your score, although it will take time for your score to return to what it was before the charge off was reported.

Now you are definitely asking, “So, should I pay charged off accounts?” In short, the answer is yes, you should pay off a charged off account. However, if you’re in financial straits, you don’t want to risk getting another charge off from a creditor you can’t repay because you spent the money you had fixing the charge off.

Ask the creditor handling the charge off for repayment terms that you can afford on a schedule you know you can meet. Settlement, in which you pay less than the original debt owed, is also an option; just be aware that a note will be made on your credit report that the debt was settled and not collected in full. The important thing is paying off whatever you can so that your credit can recover quickly.