Online casino games might be amazing. However, they do not simply appear out of nowhere. Someone has to make these fascinating games that we love to play on our computers and smartphones. Of course, there are a lot of game providers all around the globe that do this job.

Almost every online casino will have a relationship with 1 or more software providers. Also, you’ll be able to see a list of which providers offer their services to which websites.

You’ll soon begin to identify your preferred game developers after you have been playing for quite some time.

Not all game providers are the same. Also, you’ll soon recognize that the quantity and quality of their service vary greatly from one developer to the next.

While there are a lot of developers in the world, you’ll soon come to discover the best names after you’re signed up with several online casinos. You can also read our article about tips to gamble responsibly at slots.

Here are some of the best online casino game providers:

Since the mid-1990s, online casinos have been around. The first game provider to create an operational online casino is Microgaming.

Playtech, together with Microgaming and Net Entertainment have long been at the lead of this growing industry. NetEnt has created some of the most popular slot games such as Starburst and Gonzo’s Quest.

On the other hand, Playtech was the first provider to come up with live casinos. These 3 names stay the most popular among all the providers.

However, new developers such as Thunderkickand Yggdrasil are challenging the old names with their innovative and creative contributions to the gambling industry.

In the past several years, live casinos have grown greatly as advancements in technology have enabled more individuals to access them. The first one to come up with live casino rooms was Playtech in the mid-2000s.

However, since those early days, other developers have taken up the baton. Today, almost every popular online casino will have its own live casino rooms. They provide a range of great games to their users.

Live dealer casinos offer users the best combination of actual casino atmosphere from the comfort of their house. Wheels are spun and cards are dealt with actual dealers that are professionally trained. They are typically working from a tailored-designed live dealer studio.

Users can place wagers just as they would whenever they play a random number generated the animated game. However, in live casinos, you’ll be able to see the action unfold in front of your screen.

In the online casino industry, progressive jackpot slots are the most popular ones. They attract a lot of users because of their huge prizes on offer. The jackpot at stake can range from $100 up to $100 million, depending on the provider and the game.

There are a lot of game providers that provide huge jackpots, with games such as Millionaires Club from Cryptologic and Millionaire Genie from Random Logic.

Playtech has made several huge jackpot slots such as Jackpot Giant and Age of the Gods series. However, NetEnt and Microgaming are the ones that offered the biggest of them all.

Microgaming’s Mega Moolah holds the world record for the largest payout of the jackpot in the world. Next in line is NetEnt’s Mega Fortune. Games such as Hall of Gods, Major Millions, and Arabian Nights further show why Microgaming and NetEnt are the biggest in the industry.

Nowadays, you can play casino games anywhere you want with your smartphone. Casino game developers haven’t been slow to keep up with the revolution of mobile devices.

Now, a lot of casino users utilize their smartphones over any other device to play at online casinos. Also, developers make new games first for mobiles and then for PCs.

Traditional games such as Starburst have been improved to enable for a touch-screen element to improve mobile gaming. Also, a lot of others have followed the trend. Most game providers have their own mobile games today. 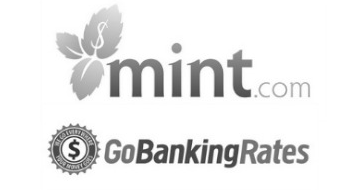