Car safety and technology has come a long way since the first automobile was built in 1885. Powered by a petrol engine and without any genuine safety features or even an enclosure for the driver, the first cars looked more like Steampunk tricycles than the automobiles of today.

Still, the technological revolution in automobiles seems to be ahead of us – not behind us. We’re talking about self-driving cars, of course, the latest trend in the world of automobile engines that might seem like something out of a Jetsons cartoon.

In reality, though, self- driving cars are already on our roads and are guaranteed to affect some major changes for car insurance in the next 20 years. Here’s what to expect from the auto insurance industry as self-driving cars become more popular.

Liability for Vehicle Collisions May Shift to Manufacturers

When a vehicular collision happens on today’s roadways, the responsibility for the crash is divided between the participants based on the role that their actions played in the accident – after all, the best available data indicate that the vast majority of collisions are caused by human error.

Leading manufacturers of self-driving cars are working towards a new automobile design that won’t include a steering wheel or a gas pedal, effectively removing human error from the equation when it comes to vehicle collisions.

As a result of this change, vehicle manufacturers may begin to assume liability for collisions in the future, as we would see a significant shift in how fault is determined for vehicle collisions. Leading causes of collisions today, such as distracted driving, DUI, tiredness, or not paying attention, could become completely obsolete overnight.

Instead, malfunctioning software, hardware failures, defective parts, or even security issues would be largely at fault for any vehicle collisions that still happen.

Take the example of a recent collision involving a Tesla on auto-pilot mode. The Tesla drove into the side of the truck because the cameras and sensors failed to distinguish between the pale sky and the white side of the truck. Ultimately, it was a systemic failure of the Tesla’s system of cameras and sensors that caused the collision – not anything that the driver did wrong.

Manufacturers of self-driving cars may find themselves forced to assume liability for collisions like these in the future, and it’s possible that they could face litigation if victims of these collisions believe that a collision was caused by negligence on the part of the manufacturer.

Will Roads be Safer with Self-Driving Cars?

The good news for those excited by the prospect of owning a self-driving car is the likelihood that self-driving cars will make traversing America’s roadways substantially safer. An analysis conducted by the United States Department of Transportation estimated that Tesla’s auto-steer feature reduced the incidences of vehicle crashes by 40% for vehicles equipped with the feature.

In the United States today, 42% of property and casualty insurance, a $200 billion industry, is in the form of motor vehicle insurance. This figure could decrease substantially if motor vehicle collisions become less common due to the success of self-driving vehicles.

Motor vehicle insurance typically consists of collision insurance, personal liability insurance and some protection against some types of property loss, for example, if the vehicle is stolen or catches fire.

Still, the bulk of insurance claims for cars in the United States are for collision damages, and we could see premiums for car insurance drop substantially if the roads become safer.

Another recent accident involving a Tesla shows us how semi-automated vehicles can actually pose a risk to drivers if the drivers don’t follow instructions.

A driver in California slammed into a concrete divider while driving his Tesla on autopilot down the highway and was killed when the vehicle caught fire. Tesla’s current version of autopilot is far from foolproof – it still requires the driver to watch the road and keep hands on the wheel, and a light-and-sound warning system reminds the driver to pay attention if it detects that the driver is not holding the wheel.

A later investigation determined that the driver had ignored multiple auditory and visual warnings before the crash happened.

Self-driving cars have the ability to improve road safety and reduce collisions in the future, resulting in lower insurance premiums. Still, drivers have to be exceptionally aware of the limitations of this developing technology, at least until it becomes reliable enough that we can build cars with no steering wheel in them.

Some publications are already calling for standardization in how vehicle manufacturers describe their automated features, pointing to “autonomous ambiguity” – when the driver believes that the car is more capable than it actually is – as a major safety risk posed by self-driving vehicles.

How Can Insurance Companies Adapt to Self-Driving Cars?

The insurance industry could potentially lose a lot of money in the form of car insurance premiums if it fails to adapt to the new realities of self-driving cars. New studies are suggesting that as many as 23 million fully autonomous cars could be on the road in the next 20 years, resulting in up to $25 billion in losses for insurance companies.

Leading car insurance providers will have to adapt to the new changes and change their service and product offerings to help offset that lost revenue, and we’ve identified a few ways that could happen:

#1 Cybersecurity – Today’s cars are full of computers, and that means that malicious agents could potentially hack into automated cars and either remotely hijack them or use them to cause collisions or for other nefarious purposes. Cars could eventually be part of wireless computer networks that would also be vulnerable to the same types of viruses and malware that we worry about on our personal computers. Insurance companies that offer coverage for the cybersecurity of automated vehicles will see huge business growth in the upcoming decade.

#2  Property Damage Liability Coverage – Consumers should be able to benefit from reduced insurance premiums by purchasing a self-driving car that’s less likely to be in a collision, but that doesn’t mean that self-driving cars will do away with personal auto insurance altogether. For drivers of non-autonomous vehicles, a collision with a high-tech self-driving car could result in a big property damage liability claim. Drivers will still need comprehensive insurance to cover them in case their vehicle is damaged by a storm or is hit by a falling tree branch. With medical costs on the rise, consumers might even choose to increase their medical payments coverage in case an accident does happen.

3. Product liability – In a world where manufacturers are responsible for collisions involving self-driving cars, it makes more sense for car insurance providers to deal directly with the manufacturers. Insurance companies can adapt their business model to cover the products that make automated cars function – sensors, cameras, microchips, onboard computers, and other components whose failure could result in a collision.

The makers of self-driving cars already know that they’re going to reduce collisions, making the roadways much safer than before, and the one thing that insurance companies can’t do is ignore these upcoming changes. Elon Musk, the CEO of Tesla Motors, has already said that he would start his own insurance business to provide coverage for Tesla owners if the insurance industry does not adequately lower premiums to reflect the improved safety of his self-driving vehicles. 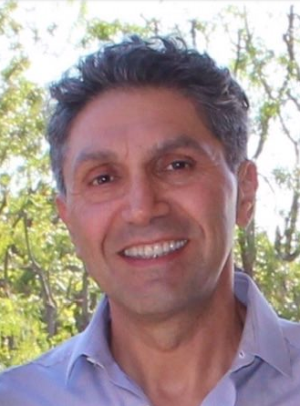 With fully autonomous cars just around the corner, we can’t wait to see how the car insurance industry will respond to the new reality of self-driving cars on our roads.

Are you considering a self-driving car?

“Bijan Abdi is the President and CEO of Freedom National Insurance Services, a managing general agent based in CA. He has over 30 years of experience in preferred, standard, and non-standard auto insurance. His background includes experience in sales, underwriting, program design, and maintenance, as well as managerial and executive duties.”