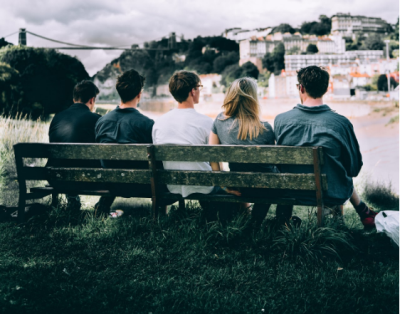 Compared to the other tools and methods being used for marketing nowadays, social media hasn’t been on the scene for very long at all. Facebook, for example, was founded in 2004, but now boasts a team of over 25,000 employees, along with more than 2 billion active users hitting the site each month.

This wave of popularity doesn’t stop with Facebook, though, with Instagram playing host to almost 800 million monthly users, and Snapchat having nearly 190 million. All of the most significant social media platforms have seen rapid growth in one shape or form, powering their user’s ability to market themselves with ease.

While the size of these platforms gives companies the chance to reach out to more people than ever before, it also opens the doors to a lot of competition.

Making posts on a whim isn’t enough, and a lot of businesses make the mistake of ignoring their demographic when they first start with their social media marketing. Of course, this also applies to influencers, as the growth of your presence will be directly tied to your ability to get your content to the right people.

This makes doing some background research the very first stage you have to go through when you’re trying to tackle social media.

This article will be split into two areas; the initial research and building a demographic bio. To give you the best possible head start in doing this for yourself, it will be going through these sections, teaching you how to master them and start making some real returns on your time using sites like Pinterest and Twitter.

If you’ve embarked on a marketing campaign in the past, you will probably already have a good idea of the level of work that it takes to research something like this. This is the most crucial part of this work, and you have to be careful to consider all of the elements which can have an impact on it. Below, you can find some examples of the information you’ll have to be researching.

Putting together the pieces to build a demographic for your social media influencer marketing campaign isn’t always a simple task.

You will have to think about the nature of your products, trying to understand who might be the most likely to buy them, and using this information to put adverts on the right sites.

Below, you can find an example of a social media demographic to help you on the path to discovering your own.

Over the last few years, a lot of vintage styles have come and gone in the world of fashion, and there’s always something which once was old hitting the scene.

If your business is in this area, it’s likely that a significant portion of your customers are female, though this could vary from store to store. They are also likely to be on the younger end of the scale, automatically placing most of them in the low to medium income bracket.

If you have Google Analytics installed on your site, you can use the data it collects to figure out where the bulk of your current users are coming from.

Platform One: Facebook – This is a good social media platform for any business to use. Even if you post the same things on here as you are on your other accounts, you will be able to start collecting followers who are relevant to your company, and you will be ready to start with your existing friends. This is a great place to host small giveaways and competitions as a way to generate some fast early engagement.

Platform Two: Instagram – Having a solid image sharing site to get the word out about your company is great for those aiming at younger people. Instagram’s user base is predominantly young and middle-aged, while also reaching a wide range of income levels in the process. On an app like this, you have to work hard to follow other users who are relevant to your business if you want your posts to reach new people.

Platform Three: Pinterest/Snapchat – Finally, if you decide to have a third platform, you can afford to be a little more adventurous with your social media marketing here. Snapchat is being considered a rising star by a lot of experts in the field, with high profile influencers like Kim Kardashian using the site for their work, and a lot of reach in the market of young people. Pinterest offers a more artsy approach to image sharing, with people creating mood boards and using it as a powerful tool in design. You can have more fun with these posts, and don’t even have to include links to your site if you’d rather build something mysterious.

Posting on social media will be hard if you don’t know who is best suited to your content. You won’t be able to reach out to those who care about your work, squashing your potential to grow the profiles you have on these platforms.

As an influencer, you will need to work on this to make yourself relevant to the companies you like to work for. If you’re a business, though, this will be on your list because it will help to get the highest quality engagement, as it will be the best way to ensure that you’re using the right people to support your company.

This sort of work doesn’t have to be a challenge, as long as you’re willing to put the time and effort into researching it properly.

Hopefully, this post will inspire you to start working harder on the demographics you work to reach on social media. Understanding this part of your business can be a challenge, especially for those working in emerging industries, as you may not have an example to be lead by.

There are loads of companies out there which can help you with this. In the future, this sort of process is likely to be automated, and you won’t have to figure out all of the little details for yourself. Until then, though, it could be worth working hard to keep up to date with developments in this industry.