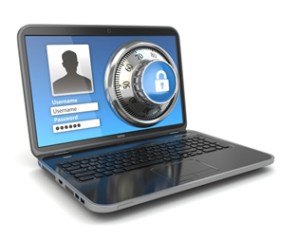 Video conferencing has risen to prominence as a trusted and versatile tool in the business world. Capable of connecting companies, people, and committees across expanses of ocean or highway, the technology has just started to show its true worth with a slew of updates and modifications.

As features are continually added or altered in the field of video conferencing, however, the question arises: how do you provide proper security to emergent technology and systems?

Luckily, many of the foremost video conferencing providers have a vested interest in keeping your systems secure, and the latest batch of security protocols are sure to impress consumers and security analysts alike.

But true security is, in essence, a pact between consumer and producer, relying on the technology as much as operator vigilance. Here are some of the advancements being made in the fields of video conference security, and what you can do to keep them at full effectiveness.

Up in the Clouds

Cloud-computing may not be anything new to those who are already deeply-immersed in the tech industry, particularly among emergent trends and systems. The basic principles of cloud-computing are as follows: your data is hosted on a central server, termed the cloud, which can then be accessed by a range of devices, users, and systems, provided they have the proper authorization.

Cloud-computing has been utilized in a wide range of industries and business models, including retail. One of the key benefits of the cloud is that it does not store your data on a nearby physical node, so your data is much harder to access and steal using an inside source.

Credit card hacking, which are typically carried out by recording a card’s magnetized strip, highlight the vulnerability of physical connectivity in a world that is increasingly reliant upon remote-access technology. In the same way, you can sidestep a great deal of risk simply by hosting your video conferences on cloud servers, which provides automatic updating and fixes to key issues, according to Productive Entrepreneur.

Some of these key issues, it should be noted, are often security weaknesses that the company would otherwise have to patch through manually-performed updates to your systems.

While many houses come with automated alarm systems that push the burden of vigilance away from the homeowner, many video conferencing systems have failed to upgrade to the newest forms of automated notifications or warnings for video conference participants.

Because of the auto-accept feature that’s present on a great deal of systems, a hacker or otherwise undesirable person can literally call themselves into your video conference and sit in. In these situations, their only presence, according to The New York Times, may be the camera’s motion or the small array of lights that can be triggered on a webcam, leaving you unable to detect them for a length of time – or even entirely.

Left unchecked, these hackers and unwanted guests can wreak havoc on your general security, sense of privacy, and even well-kept company secrets. This is one aspect of security that your software provider may not be able to prevent entirely, so it’s crucial that you regularly scan all company computers for viruses or malware, and ensure that all webcams or other video and audio equipment is disabled when not intended for use.

Your systems may not be completely immune to strikes, but common sense can go a long way in preventing unauthorized access and damage to your networks. What happens when common sense isn’t enough, though?

What happens if a truly determined force manages to get hold of your systems? Fortunately, many video conferencing companies have a particularly high stake in keeping you and your information completely confide

The updated model of video conferencing often includes extensive encryption to audio and video data, and some companies are even attempting to implement automated logout features and randomized password access, much like government-run installations as discussed by No Jitter. One of the leaders in secure video conferencing, Blue Jeans, has implemented most of these security features into its current builds, and other companies are looking to follow the trend.

The newest and greatest advancements in video conferencing have led to systems that are more stable and secure than ever before. Much like anything else in the world of technology and rapidly-expanding systems, however, the need for awareness and user responsibility are paramount.

Keep an eye on your video conference software, record any and all changes to its functions and settings, and reach out to the software providers to ensure that your security is at an optimal level. Working out the kinks in your software security is no different than patching a hole in a bank’s walls, in the most practical sense.

So keep it updated, keep it monitored, and keep it encrypted.

Do use video conferencing software?  Share your thoughts and comments below.