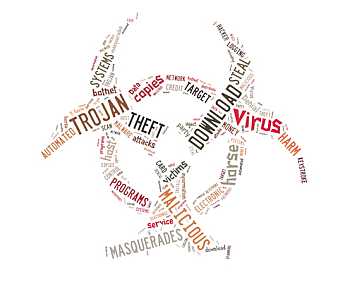 In a recent article I talked about a terrible malware program going around plaguing peoples computers and sending people to fake websites were scammers would phish unknowing prospects for their private financial information.  In that article I gave some brief information on how to check and remove that malware.

However today I thought I would go a step further and get a bit more in depth and show you not only how to remove malware from your computer but also show you a simple free solution that can manage it for you as well.  Before we go on though I have one important point to cover.

Does Virus Removal Software Get Rid Of Malware

So that night he went home downloaded the free malware removal program and found over 40 malware programs running on his computer all of which virus removal software did not get.

But that’s not even the best part, when he deleted the malware from his computer he noticed an instant boost in his PC performance.  Load times were faster, the internet booted up faster,  heck his computers was whole different machine altogether.  The truth is  malware not only does malicious things to your computer but it can also slow it way down as well.

The point I’m making here is that you might have some sort of antivirus software that you think deals with removing malware from your computer but malware isn’t a virus.  So before you write this off give it a shot and you might be surprised, after all its free.

The first thing you need to do on in order to remove malware from your PC is to download the Malwarebytes Anti-Malware program.  In order to do this click on the large green button that says download now on the CNet download page from the link I just mentioned above.  Below is a picture of what you should see. 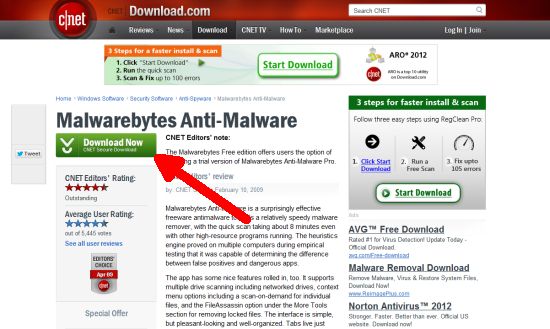 The great thing about this program is that it can scan mulitple drives, do full and quick scans of the fly, and also has a simple and easy interface that even the most nontechie person can use.

Now I should mention their is a pay for version which includes other features but for the most part the free version should do everything you need.

Now that you have the program downloaded you need to run a scan.  Once the program is started you will be asked what type of scan you would like to do.  Below is a picture of what you will see. 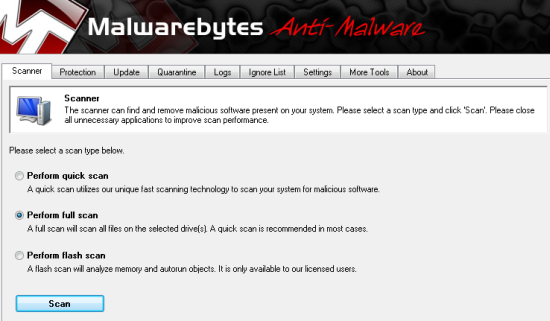 On the free version you will be able to run either a quick scan  or a full scan.  For your first scan I suggest that you run the full scan,  after that you should be good with a quick scan.

The full scan will go through all of your hard drives and check them over in detail.  The quick scan will start immediately and not take as long.

Finally, you can also do the flash scan which can analyze memory, and scan objects on the go all automatically but it will cost you in order to have this feature.

Finally, once you’ve run the scan you will need to delete any malware that is found.  On top of that you will have to restart your computer for those changes to fully to affect.

Once this is done you will finally want to set up a schedule to run this program again.  With the threat of new malware coming out on a continual basis it a good idea that you scan your computer and download new updates at least once every week or two.

With a plan like this in place you stand a much better chance of protecting your computer and it’s longevity.

So now that you know how to remove malware from your computer take some time to share this helpful article with others and together we can help others avoid these malicious programs.