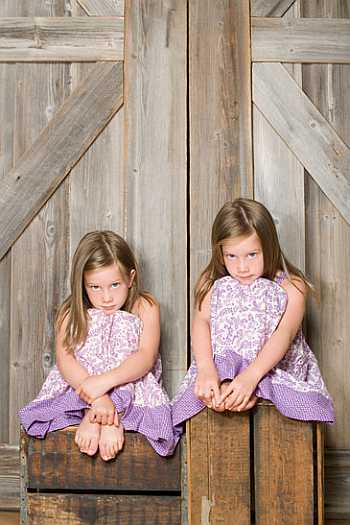 According to the Federal Trade Commission, as many as 140,000 cases of child identity theft may be occurring in the U.S. every year. The true number could be even higher; not all victims report the crime to the FTC, and many child victims are still unaware that their identity is being misused.

In fact, AllClear ID estimates that as many as one in ten children in the U.S. are victims, which would mean that children are 51% more likely to be impacted by this crime than adults. Why?

The simple fact is, most parents are not aware that child ID theft is a serious threat. Since children don’t use their social security numbers, criminals have figured out that child identity theft is not only easy, but lucrative, as the identity can be used over a period of years until it is discovered or the child’s credit score is in such bad shape it can’t be used anymore.

Meanwhile, parents assume that between the Social Security Administration and the credit reporting bureaus, their kids are protected: After all, the social security number is tied to a birth date clearly showing that the child is a minor. Yet even TransUnion, a credit reporting agency that you might think would be concerned about taking steps to prevent identity theft, admits that child identity theft can go undetected for years.

According to the Identity Theft Resource Center, credit issuers do not have a way to verify the age of an applicant, and credit reporting agencies typically do not know the age of an individual and instead rely on the age indicated on the first credit application submitted for a name and social security number.

That means once the first credit application establishes a fake birth date indicating the minor is in fact an adult, that lie becomes truth in the eyes of the credit reporting agencies and the credit issuers who rely on the agencies’ data. This problem is even harder to fix when the person using the child’s identity is a relative.

A Roadblock to a Child’s Future

It turned out his own stepfather had opened, and defaulted on, several credit accounts in my friend’s name. All throughout college my friend struggled, since he couldn’t open any new credit accounts or even get private loans from the bank. It took years for him to clear up his credit history and get back on track.

How You Can Protect Against Child Identity Theft

The disturbing crime of child identity theft can be even more devastating than adult identity theft, due to the length of time that a criminal can use a child’s identity before being detected. Here are a few steps, in addition to standard measures like shredding mail containing personal information, that you can take as a parent for child identity theft protection.

I hope that this article not only makes parents more aware of the potential for abuse of their children’s identity, but urges them to take action to safeguard their children’s future. My web site is a free resource for those attempting to avoid or recover from financial problems like identity theft, and I invite you to visit the Stumble Forward homepage and to sign up for are free newsletter to learn more about protecting your, and your children’s, financial future.