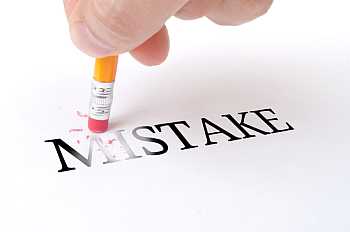 Have you ever made a bad financial decision?

I can tell you first hand I’ve made a lot of them, if fact that was the entire reason I started Stumble Forward.  I figured that if I’ve made all of these common financial mistakes others would want to know about them as well so they didn’t make them either or were at least forewarned ahead of time.

My first big financial mistake came early on in life when I was 22 and just married.  I bought a timeshare for $4500 which I thought was a great deal at the time.  A few years later I decided to sell the timeshare and soon found out I couldn’t even give it away.

Finally, after 5 years of trying sell my timeshare I was able sell the property back via a resale program the resort offered but I didn’t get much back for it.  In fact, I was only able to get $400 and ended up taking a loss of $4100.

This taught me a valuable lesson that when it comes to your money, you never want to make any quick an rash decisions.  So in this article I’m going to share the 5 most common financial errors and pitfalls people encounter and how to avoid them.

Refinancing For A Lower Rate

The first financial mistake I see people make a lot is refinancing their mortgage for a lower rate,  Now you might be thinking how could this be considered a financial mistake?  Well the truth is most homeowners refinance on an average of every 5 to 7 years .

The reason this is also a bad idea is because lenders will charge the majority of the interest on a mortgage in the first 10 years which means you will pay very little towards the balance of your home.

So how do you avoid this mistake?  The simplest way to avoid this mistake is to refinance your mortgage to a lower term mortgage such as a 20 or 15 year term mortgage.  By doing this you avoid starting the mortgage clock all over.  On top of that you also may be able to avoid paying 5 to 10 years of interest payments and with a lower term you will also get a lower rate as well.

The second mistake I see people make is missing credit card payments.  When it comes to all of the different bills we pay from your mortgage, to car loans, to student loans, it tends to be credit cards that often get negleted the most.

Why is this you might wonder?  The answer is simple because credit cards are an unsecured debt, meaning they are not backed by any asset such as a car or your home.  This means if you would fail to make a payment no one is going to foreclose on your home or take your car away.

However the long term problems that can arise from doing this could cost you thousands down the road.  This could mean higher rates on you cards to float the debt, to having black marks on your credit report.

In fact while working in financial services my senior loan officer would often refer to missing a credit card payment as the kiss of death to your finances and probably the second worst thing you could do to your finances next to filing bankruptcy.

So how do you avoid this mistake?  Simply make the payment, even if it means making the minimum payment.   If this is a problem for you consider cutting up the card so you can’t use it no more and get started on debt program such as my 8 Step Debt Plan.

When I would show up at there home the first thing I would notice is how much crap they had.  They would have the biggest flat screen TV, the latest mobile device, to the latest gaming console.

The problem was not that they didn’t have enough money to pay the bills but rather that they were spending their money very poorly.  This is when I would have to have that heart to heart talk with them and tell them if you want to survive financially you need to sell your crap.

Nine times out of ten nothing ever happened when I had this talk with people for one simple reason, they didn’t want to make the change, and for them changing sounded to difficult at this point.

That’s because we live in society were the more stuff you have somehow proves the better off we are.  If you would like to learn more about this check out this great talk from Adam Baker from Man Vs. Debt.  It will open your eyes.

Having To Many Credit Cards

Another huge financial mistake I see people make is owning to many credit cards.  Now I’m not going to be the guy that says owning a credit card is a bad idea but rather I’m saying you don’t want to own to many of them.

In fact, while working in financial services I once had a client who had over 20 credit cards to her name and every single one of them were full of debt. When you totaled up all of her payments at the end of the month should couldn’t even make the minimum payments.

It’s odd how people get into this kind of a situation but more times than not we somehow believe that with one more credit card it would help your financial situation but in the end it only ends up making it worse.

The reality is the more credit cards we have means the more bills we have to pay.  Now some of you might be thinking that you don’t put debt on every credit card each month, but the  truth is why else do we have them.

So how do you avoid this mistake?  First start by shredding up all of your credit cards and paying back the debt in full.  Set up debt plan such as the debt snowball plan or if you need help check out the savvy money plan.  Here you can get a FREE trial – Pay off debt Five Times faster with SavvyMoney

Never Looking At Your Credit Score

Finally, the last financial mistake I feel to many people make is that they don’t look at their credit report and score often enough.  When it comes to your credit report their are so many things it can tell you.

It can reveal how you are handling your money, areas you need to work on financially, to mistakes that may be on your report you didn’t even know about.   This is the whole reason you need to be checking your report.

Often times people don’t look at their score simple because they don’t feel they need it right now, but as soon as they do it’s usually to late.  Why make this mistake now and work on improving it now.

With a good credit score in place you can save thousands in high interest payments,  get lower payments on things like your utilities, and even score a better job because almost everyone to your lender to your employer is looking at them to determine how you handle your money.

So how do you avoid this mistake?   What I like about looking at my credit score is that it gives me some big clues on how to fix my score.  To do this you first need to read your score and one place I suggest is CreditKarma.com  Here you will get your credit score but they will also show you how to fix it.  Below is a few of the items I have to work on in my credit score. 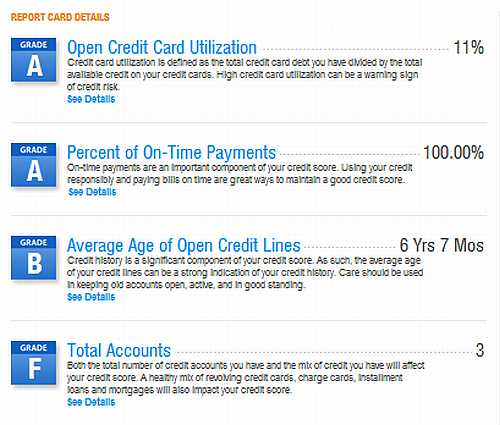 As you can see my payments are all on time and my credit card utilization is only at 11%, meaning I’m only using 11% of all the available credit I have.  On the other hand the age of my credit is lower which is lowering my score slightly.  On top of that my total accounts are only 3 which isn’t much.

So what can I do to fix this?  Simple, by keeping at least 2 credit cards I will contiually build the age of my credit,  on top of that I am planning to  build a house shortly and will have my name on the mortgage thus increasing my total accounts to 4.

Now their are more areas to your credit than this so take the time to start looking at your credit today and over time you could get your score in shape as well.

Did you find these tips helpful and useful?  If so great, I’m glad to be helping avoid some of these costly financial mistakes.  I would be grateful if you would also pass these tips on to others via social networks such as Twitter, Facebook, G+, or whatever social network you prefer.

Also if you would like to ask a question or want to share a financial mistake you’ve had I would love to hear it.  Simply fill out the comment form below and talk about it.