account.  For those that don’t know a no fee IRA is an IRA that doesn’t charge a fee to invest money with.  In fact typical mutual funds will charge two fees, one being a sales charge and the other being an annual fee to maintain the account.

With mutual funds however most will charge anywhere around 5% to 6% for an initial sales charge and an annual fee of around 1% to 1.20%.  Now most people might think that these fees don’t sound like a lot but over time they can erode your retirement savings away.

They Invest In Peer 2 Peer Lending

First off, when your investing with Lending Club you’re not investing in stocks or bonds, instead you’re investing in money that is being lent out to others.  As a result the people that take a loan against these borrowers are charged and interest rate which you will earn a portion of.

The benefit to this is that Peer to Peer lending is not nearly as volatile as stocks and bonds without seeing all the ups and downs.  Now don’t get me wrong their still is a risk to investing your money this way if someone doesn’t make their payments, but if you spread your money out over a few hundred borrowers your chance of loosing money are a lot less. 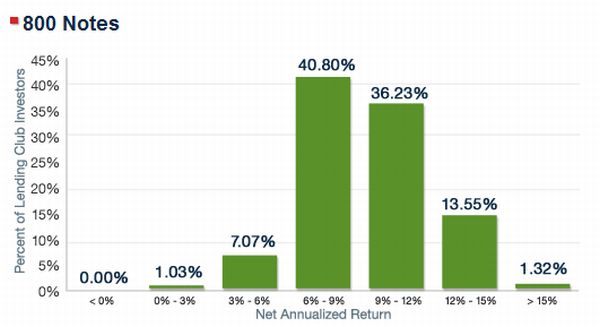 In the chart above you can see that over 40% of people who invest with Lending Club are earning anywhere between 6% to 9%.  Also take note of how many people got 0% or less, none.  Now this doesn’t mean you could still lose money but the risk is incredibly low.

The next reason I like Lending Club so much is because they are literally recession proof.  With stocks and bonds when the market is down it’s down all across the board.  However with Lending Club they will lend money for various reasons for people who want to improve their home, to those that want to consolidate their debts, to small business owners who need some fresh capital to keep their business going.

People are not going to stop taking loans just because the economy is bad.  In fact more people might take loans with Lending Club if the market is in a recession.  In fact almost 64% of all borrowers with Lending Club are borrowing money to pay off their credit cards.  Consider the chart below. 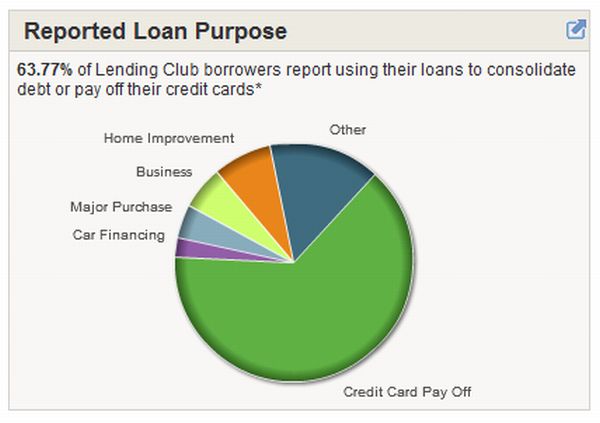 They Have No Fees

Finally, the biggest reason I like Lending Club is because of the No Fee IRA

and no fee Roth IRA programs that they offer.  In fact to prove my point as to how cheap Lending Club is just consider the charts below.

Now you might be thinking their has got to be a catch and their is a small one.  To open a No Fee IRA

However even with that fee considered if you still didn’t have that much in your account by this point that fee would still be cheaper than paying the fees with the mutual fund example I showed you above.

In the end it’s easy to see why a no fee IRA from Lending Club is the best way to invest your retirement money.  If you would like to learn more about this option check out the Lending Club No Fee IRA

Questions or Comments?  You Know What To Do.