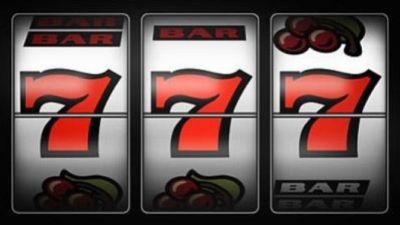 When it comes to most traditional casino games, there is an assumption among experienced players that they can gain an advantage over the house.

Skilled blackjack and poker players, for example, can make a living on the back of their proficiencies at card games; even roulette can be beaten, although it seems you’ll have to a mathematician adept in chaos theory to do so.

But slot machines are a different beast, and the vast majority of players treat them – or, at least, they should – more as a game of pure chance, perhaps even like buying a lottery ticket. But there is a little more to it than that, and you can build a strategy that goes beyond random chance.

First, though, a note of caution; after all, this is a blog based around saving and making money. But this point is fundamental: When you play slots, it’s more likely that you will lose than win – let’s be clear about that.

They are the most volatile type of casino game and the most profitable for the casino operators. There are no tricks or cheats, nor ‘magic magnets’ that can help you win. The games are programmed to make a profit for the casinos – and there is no getting away from that.

Slots have the biggest prizes

However, just because the games are guaranteed to make a profit over time, does not mean the individual player can’t walk away with the fortune.

While slots are the most volatile games, they also offer the biggest prizes – by a considerable distance. Indeed, you will see some slot games with top prizes running into millions of dollars. Even when playing for ultra-low stakes, the prizes can be life-changing.

And yet, while slot games run on RNGs (random number generators) and there is nothing you can do to impact the outcome of a spin, there are certain strategies you can use to make better choices.

Essentially, it boils down to choosing games that match your ambitions. Yes, everyone’s ‘ambition’ with slots is to win money, but we want to disassemble that notion a little further.

To demonstrate what we mean, consider these two massively popular games that you can play at an online casino for real money in Canada – Starburst and Mega Moolah.

The two games have claims of being the most popular online slots ever created, and they have become signature titles at casinos around the world. But while they are held high in the affections of players, they are both very different; and, knowing the differences can help you make better decisions when playing slots. 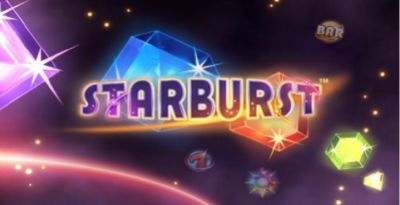 Starburst – the world’s most popular slot?

For example, Starburst, which was released by NetEnt back in 2012, is a low volatility game, which yields more frequent wins at a (relatively) low value.

While the game doesn’t usually offer life-changing payouts, it’s dependable (relative to slot games) and won’t quickly drain your resources like others.

It’s still possible to win 100s of times your stake in a single spin with Starburst, but the game is more associated with frequent small wins, allowing you to maintain your bankroll.

Mega Moolah, meanwhile, is a progressive jackpot slot with reasonably high volatility. With this game, it’s possible to win, not 100s, but millions of times your stake in a single spin.

Those percentages are what the game pays back over time, with the casino keeping the rest. So, it seems that Mega Moolah is marginally better.

However, here’s the rub: 8.80% of Mega Moolah’s RTP goes to fund the jackpot, leaving the true RTP of the main game at 88.12% (an exceptionally low figure) for a slot.

All that jargon about percentages above essentially means one thing: You should opt for Starburst when trying to make a small profit while maintaining your bankroll.

Mega Moolah should be viewed more like buying a lottery ticket – a game to play when shooting for the stars. Of course, these are just two examples of games, and we could cite many more with varying degrees of volatility.

The rule of thumb, though, is that you should always choose a slot based on your goals and the amount you are willing to lose.

The information on volatility is always available online; so have a quick google before you play. Win or lose, matching the game with your ambitions will almost definitely improve your experience.