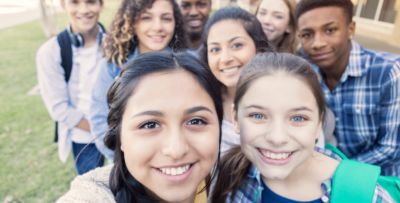 The beauty of the world you know today is reflected in its diversity. That happened because different races mixed and created new nations with different cultures and heritage.

There is no place for racism in the modern world, although this is more of a saying than a practice.

Advanced countries are trying to completely eradicate racial intolerance. Some countries were open to foreigners from the beginning, while others opened to other nations over time.

And finally, countries like Australia have consciously broken away from discriminating against all races except whites.

The White Australia, which you can learn more about in this source, was a stumbling block. It greatly influenced this country’s development, but not in the right way.

The British Monarchy, which colonized the smallest continent three centuries ago, was not welcome to foreigners. Although they were allowed to enter this territory, they were not given full rights.

Purebred English considered all other races inferior. This intolerance seems to have increased when they stepped into Australia and found Aborigines there. Although intruders, the British behaved like bosses.

They began to terrorize these indigenous people for centuries.

These problems, reflected in racial and any other discrimination, were caused by British colonists. They worked on the extermination and destruction of indigenous people for centuries. Sadly, they almost succeeded in that.

European colonists considered Aborigines a threat to their superior white race. They tried to get rid of them in every possible way. These methods varied, from the most drastic in the first place to more treacherous ones.

The last ones were expulsions from centuries-old habitats, forced baptisms, and placing them in reserves in the early 20th century. Back then, the Aboriginal population was almost exterminated.

Although the colonists viewed the natives as a threat, the situation was reversed. Detached from the modern world, Aborigines lived a peaceful life, free of diseases, vices, and crime.

They faced these when the British began to inhabit Australia. Apart from direct acts of oppression, the listed things only sped up the process.

World powers have criticized Australia for showing intolerance towards Aboriginal people. So the authorities decided to ‘loosen’ their policy towards indigenous people.

They gave them a chance to claim their rights if they returned alive from one of the many fronts on the Australian continent during World War II. During peacetime, they weren’t even allowed to join the Royal Army because they weren’t white.

By the 1970s, many Aboriginal children from mixed marriages were removed from their families. That happened following the state and federal child rights law, under the auspices of acts known as the White Australia Policy.

Government organizations, churches, and charities at the time believed they were doing what was in the best interests of those children. White institutions put Aboriginal kids away from a minority they came from. New families for them were Christians of European origin.

They made forced assimilation Australia by making these kids not become members of the Aboriginal culture. That time, the authorities tried to breed out the Aboriginal traits of these kids so that a few of their genes appear in every next generation.

After ending this cruel policy, things had changed for the better, and Aborigines finally had a choice. If they want to continue with their cultural traditions, they could do so. Many Aborigines have chosen to leave their old ways. It’s a part of their culture, and they want their offspring to also do the same.

But suppose the parents have decided that they want to raise their kids in an Australian way. They somewhat accept to be assimilated, but they do it with no pressure.

Also, if an Aborigine child has grown up in a Christian family, it may be difficult for them to accept or understand their heritage. Dealing with people who still use the traditional practices of their ancestors might not be something they want. That’s why they need a choice.

So, what should they do if the Stolen generation members want to know their roots? In that case, they should find mentors who can guide them into accepting their origin.

Assuming they’ve lived the ‘white way of life,’ they probably don’t know much about their origin. So they may not be able to appreciate and understand it.

Not only Aborigines experience the process of assimilation in Australia. When someone decides to leave their native country, they take their traditions with them. Even though this is not a bad thing, it can sometimes be challenging for a person to truly adapt to another culture.

But many cultures have managed to survive and continue to thrive in other parts of the world. For this reason, the government encourages the continued retention of cultural identity. That way, it promotes unity and cohesion within Australian society.

Most Aboriginal people are integrated with the rest of the population and live in big cities. They voluntarily accepted an Australian way of living. Very few stayed in remote parts of the continent with a way of life like their ancestors.

After many years of political struggle, Aborigines got the same rights as others. All laws that allowed eradicating their culture were repealed. Australian government even returned certain holy places to their use.

Some interesting facts of this unique culture check on the next page:

It’s of utmost importance for everyone to understand the concept of assimilation. That’s more than changing one’s culture; it’s also about learning to accept and respect another culture.

While forced separation is a thing of the past, the wounds are still deep. The officials have even issued a public apology for past crimes.

That can’t reverse history, but it’s a clear sign that Australia’s policy towards non-European nations has changed for the better.