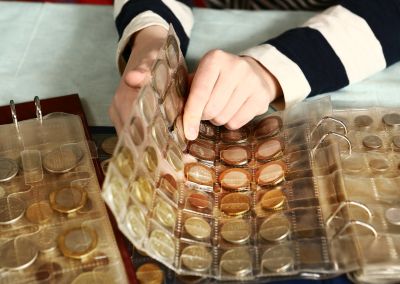 Coins comprise some of the oldest forms of currencies, dating back to the 5th century.

When traders started to sell goods, the most basic and primitive type of currency was coins. Today, coins are found and exchanges almost everywhere in the world for goods and services.

Apart from their functional purpose, coins also serve as collectibles for many people around the world. For some, this is simply a hobby, but there are also those who take it very seriously. For avid travelers, coins from different countries may also serve as a memento.

Whatever the purpose, there are many good reasons to consider building a coin collection. This article highlights a few.

1. It’s A Piece Of History You Get To Preserve

The best reason to have a coin collection is that as time passes, your coin collection ages. It’s a piece of the past that you get to bring with you as you move into the future.

Among all other sentimental and historical items, coins are some of the best because they also evolve through time. For instance, you’ll see coins of the same value from the same country, but with different faces from different years.

This could be the president of that time, a hero, or any other individual that has made an impact on the country at some point.

Hence, as you go through your coin collection with others, who are interested to see it and learn about it, it’s as if you’re telling a story to newer generations about what happened during that time.

The beauty and rarity of older coins tend to increase their value. This is what’s meant by appreciation, in terms of assets.

As it ages, it becomes more and more expensive; this way, somewhere down the line – perhaps even when the coin belongs to your grandchildren, someone will make a good deal of money from it.

This will also make it easier for you to sell your coin collections later on if you do decide to sell them. You have a very special item, that not many others may have, so it’s a very valuable possession.

For museums, historians, libraries, and even sites like Infinity Coins, you have something with you that they’d very much like to purchase.

Unlike other collectors’ items, coins are very accessible. You can even start right now, with whatever coins you have in your wallet.

When your country mints new coins, you can then keep the old ones you have as part of your collection. Right there and then, that’s a piece of history, as it’s no longer being circulated as currency.

If you enjoy traveling, you can also keep any coins that you’ve been able to collect. That way, you also have coins from different countries or states.

Apart from this ease of starting, coins are also easy to keep as a collection.

You don’t need extra space at home. Even if you live in a small apartment, you can temporarily keep your coins in a jar or in booklets, and it’s still well-preserved while taking up very little space.

Once you get hooked on building your coin collection, you’ll realize that there’s no stopping. When there are coins you want, hunting them down can be a form of stress-relief. Then, when you finally have it, you’ll get that little burst of happiness that everyone needs once in a while.

Coins are rare and beautiful. If you have something that’s hard-to-find in the market, you’re essentially holding with you actual treasure.

Some coin collectors do it for the history of the coins, while others also do because of the beauty: the design, shape, and the flip side of the coin, which are usually landmarks, animals, or flora.

Coin-collecting is a fun treasure-hunting hobby, which will pass the time and give relief from stress.

Coins aren’t just little things used to pay for items. They carry a rich historical background. When you’ve got visitors at home, or when you’re given the opportunity to explain about your collection, you’ll understand and realize that it’s also very educational.

It becomes a very good conversation starter for your visitors, and they get to know more about history through your coins. Not only will they have a great time in your home, but they’re also educated on interesting topics that they wouldn’t have learned about elsewhere. 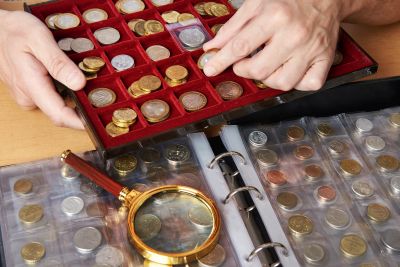 Coins are often undervalued. On its face, it may be worth a penny, but in reality, it costs more than that to have the coin minted.

Many coins have a very high metal content. The most common of these is silver, while there are others with bronze and even gold. Hence, when you hold a coin, you don’t just have a penny. That’s only its face value; its intrinsic value is worth much more.

Because of this high metal content, you’re guaranteed even more appreciation in the value of this precious asset, as a part of your collection.

For all these reasons and so many more, now you can understand and see for yourself why coin collection has become such an interesting hobby for so many people.

It’s special, and by the looks of it, there’s no stopping this form of collecting anytime soon.

For as long as coins will exist, it will always be a great idea to start building your own coin collection. If you’ve got a few with you now, go ahead and put them in a safe place.

Time to get hunting.