You may have recently picked up your 401k statement and seen that you may have been losing money in your account.  As a reaction you may have had thoughts to move to other safe investments that will protect your money from such drastic loses.

In this article I’m going to discuss what safe investments are and what are not but also give you the reasons why switching may not be such a good idea after all.

What Are Safe Investments

Safe Investments are defined as an investment that will not drop in value.  For example if you go to the bank to get a CD ( certificate of deposit) or a savings account.  These investments are very unlikely to lose value.

However their are also other investments like money market funds and bonds that are also considered safe investments as well but the only difference these investments are based on market performance.

So now that we know what a safe investment is you might be wondering what an unsafe investment is?  These are places that you can invest your money that will lose value.  For example investments like mutual funds, stocks and ETF’s ( Exchanged Traded Funds) have no guarantee to hold their value and can lose money.

Reason Not To Move Your Money

Now that we’ve covered what good safe investments are and what are not you may have been thinking about switching from your riskier retirement investments to other safe investing options.  However their are a few reason why you may not want to do this.

The first reason is because if you have currently taken a significant loss to your investments it would be much better ride out the loss than switch because you will not get high enough returns to make up for the loss down the road.

In the dot com crash in the early 2000’s you would’ve lost a considerable amounts of money in 2001 and 2002 but if you would have pulled your money out you would have lost out on 4 years of straight gains that no fixed safe investment could have every helped you recover from. 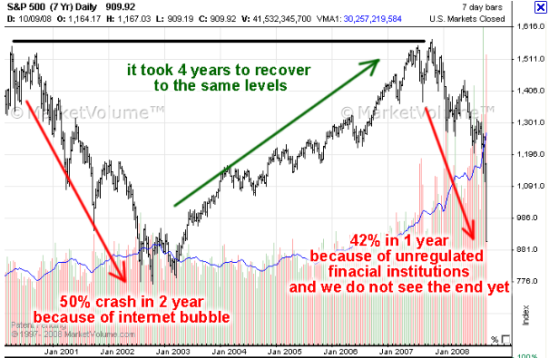 The last reason you don’t want to switch is because the safe investments won’t earn you a high enough return in the long run to let you retire on.  For example if you had an investment of $10,000 earning 3% in a CD at the bank you would only have $24,272 in 30 years.

As a final thought I just want to mention that safe investments do have their place in all of this as well.  For things like your emergency fund, savings accounts that you will need access to on a daily basis, money market accounts and CD’s will be fine.

So how do you you invest your money do you use mutual funds or do you prefer fixed safe investments?  Share your comments below.