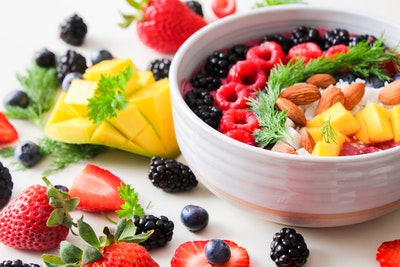 Unfortunately, so many industries make a profit off of people’s insecurities and their tendency to follow any fads or major media sources that promote any sort of “magic solution” to self-esteem issues, particularly those that pertain to eating habits.

Too often, there is a perpetuation of unhealthy standards and habits under the guise of being healthy and positive. Underneath this “fab” exterior lies a malicious system thriving financially on people buying products instead of getting help.

Think of those pills, shakes, and diets out there and notice how instead of promoting good eating habits, proper fitness, and positive self-image, they tend to showcase or encourage behavior prevalent in those who have eating disorders.

They essentially show both women and even men that they should either starve themselves and gorge and then purge. There are legitimate resources out there, and it’s possible to find anorexia, bulimia, and binge eating disorder recovery with the right support and facilities.

If you or anyone you know suffers from any of these, reach out to trusted people and don’t hesitate to ask for professional guidance from healthcare providers.

To combat these nasty notions and imagery, though, it’s important to pinpoint some of the biggest offenders that profit from the negative emotions they bring out in people. We list them below:

Though not limited to products pertaining to diets and the like, this section of the industry is raking in cash from all the “skinny teas,” “supplements,” and appetite suppressors that have made their rounds across the global market.

These problematic alternative products don’t see a lot of FDA regulation and yet are often marketed as safe solutions with scientific backing. This false sense of trust is further built because some of the biggest brands in this industry take on major influencers to endorse them.

From macro-influencers to nanos, people trust these individuals and take their word for these products having any nutritional value. Reports show how these purge your body in an unhealthy way and cause harmful side effects like permanent gut damage and more.

Social media influencers make thousands of dollars promoting these, and the companies make even more.

Long have the propagation of eating disorders been linked with the modeling industry, and yet the problems within its system are still rampant.

Fashion houses, art directors, agencies, and the biggest figures still opt to create work catered toward individuals who range from underweight to severely malnourished. Models bank on this image they create, but their health suffers from it.

Even the biggest models who don’t visibly look like they are going through it are entrenched in it, carrying the weight of unrealistic expectations and a fast-paced lifestyle that lends itself to developing bad habits like binge eating, purging, and the like.

Over 62% of models have been asked to change their shape and size for the sake of their success. On the other end of the spectrum, plus-size models are still used as token body positivity imagery while being forced to maintain a certain look to fit that market.

It seems ironic that an industry that circulates the idea of good health and overall wellness would be one of the big beneficiaries of such a harrowing reality. Still, a lot of the profit that gyms make comes from the very people who carry body image issues.

While a lot of messaging promotes healthy living combined with a good diet, there still isn’t enough regulation and focus on simply feeling healthy inside instead of trying to fit an external standard that is supposedly the only one to aspire to.

Look at the world of fitness modeling and instructors, and it’s even more problematic as they look like the pictures of health on the outside and yet they are battling eating disorders themselves and overexercising.

As with any eating disorder, a lot of it has to do with food. And what other industry perpetuates some of the unhealthiest options but the fast-food industry?

From chronic stress eaters to severe instances where the individual is going through consistent binge-purge cycles, fast food is an attractive option because it’s cheap and completely accessible.

Studies showed that in neighborhoods with populated fast-food joints, around 29% were binge eaters. One need not imagine how many billions this major industry has made off of propagating these habits.

A lot of change still needs to be done to make sure that spaces are safe and conducive for actual wellness for everybody. Even though it may not be possible to take down these negative pillars immediately, there is hope to get better if one seeks out help for their plight.