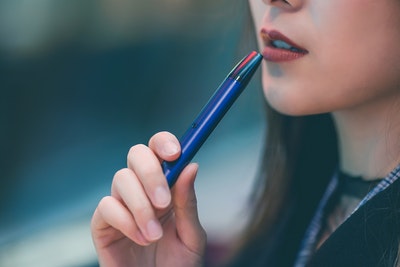 If you have thought of quitting smoking, you are not alone. Nearly 5 out of 8 smokers want to kick their smoking habit. And this is one of the best things you can do for your health.

Smoking harms nearly every body organ, including the heart, lungs, and kidneys. Around one-third of deaths from heart diseases is the result of smoking.

Quitting smoking is the toughest job almost for all smokers. Today, countless rehab centers are working to help addicts and chain smokers. They hire expert and professional staff to deal with patients and help them to quit their smoking habit.

Vape cartridges are produced with flavorings such as watermelon and apple pie that appeal to teens and adults. On the other hand, e-cigarette help in reducing the stigma of smoking.

No doubt, both vaping and smoking have risks and side effects. But different studies have found that vaping is far better than traditional smoking as it does not come with higher risks.

So here, we have gathered the complete information about vaping and its impacts on human health.

Which One is Less Harmful?

Neither vaping nor smoking is beneficial to human health. Based on different studies, researches, and available evidence, smoking is more harmful than vaping. However, we don’t mean that vaping is better and safer.

Unlike traditional cigarettes, e-cigarettes contain a lesser dose of nicotine that causes the slow development of brains in children, fetuses, and teens.

Nicotine is the primary agent in both e-cigarettes and regular cigarettes, and this substance is highly addictive. Smoking causes you to crave a smoke, and if you ignore these symptoms, it can cause withdrawal symptoms.

Traditional smoking comes with a lot of problems, and one of them is cigarette smoke. Cigarette smoke is not only unhealthy for your health, but it also has a negative impact on the lungs of a person sitting next to you. Smoking smoke comes with coughs, asthma, wheezing, and cold.

Unlike cigarette smoke, vape comes with different tools to manage the smoke. To look for smoktech, visit Vapeking to get tools to tackle smoke.

Both regular cigarettes and e-cigarettes contain nicotine, while different studies have found that vape contains less amount of nicotine as compared to traditional smoking.

Nicotine is a substance that is much harmful to human health as compared to others. There is a new concept that most smokers claim that vaping is helping them in quitting smoking.

Vaping is less harmful and not so addictive as compared to a traditional cigarette.

Vaping gives you control over the vapor amount that you exhale. Smaller devices are specially designed for low vapor, and convenience and the high powered mod is better suited for cloud chasing.

And a feature of adjusting the airflow, power output, and coil type let you set the tune of vapor volume.