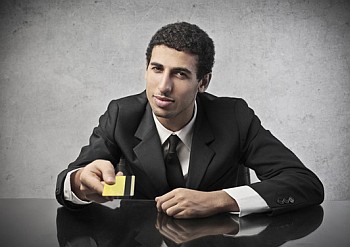 A few weeks ago I talked about something called debt creep.  This is the process of buying small things with your credit card that add up to a large debt over time.  A good example is buying a latte every day and over time you realize that you have a few hundred dollars or more of debt.

However over the holidays I’ve been reviewing my finances and noticed another financial issue that has been causing me some big issues and for a lack of better words I called it debt swapping.

In this article I’m going to share what debt swapping is, how it works, and how to prevent this from happening to you.

What Is Debt Swapping

Debt swapping is the process of moving debt from one place to another.  On top of that is can work in a few different ways.  For example, you may have a bunch of credit card debt so you might decide to refinance your home mortgage to get rid of the higher interest rate and move it to a lower fixed interest rate.

The trick is that you are not necessarily lowering the amount of debt you have but rather just looking to get more favorable terms, such as a lower fixed rate, and to clear off your credit cards.

This might sound rather harmless but it’s what you do with that money once you have received it.  If you put the money towards your credit card there will be no harm done but if spend the money rather than pay down the debt you will have essentially added debt to your credit card.

An Example Of Debt Swapping In  Action

A good example of this for me is just a few weeks ago.  My in laws called me up and asked me to buy something online for them.  This happens almost every Christmas because they particularly don’t like putting their credit card info online somewhere, even if it is only Amazon.

I ordered them the few gifts they wanted online and in total it ended up being around $50 in total.  Once the package showed up they paid me back in cash.  At this point everything was going fine until a few weeks later I discovered the money was not put back towards the Visa bill but rather used as spending cash.

Now not only was the money gone but I still had to pay the credit card bill.  I did get the bill paid off but it ended up costing me $50 more that all could have been avoided.

So know that we know how something like this can occur you may be wondering how we might be able to prevent this the next time around.

How To Prevent Bad Swapping

Now one thing I want to mention before I move on and that is that debt swapping isn’t necessarily bad as long as you do it the right way.  If you end up in the situation like I mentioned above it can put a pretty good hole in your finances.

If you are doing it to move one debt to a more favorable position then it’s perfectly fine, but if you are moving credit card debt to something like your home loan and then just loading up your credit cards again then this is a bad idea.

So how can you avoid this kind of issue? Below is a list of tips to help you out.

Debt swapping can be a way to cut down high interest rates or help out your in-laws like it did in my case as long as you do it right.  So what are your thoughts, is debt swapping worth it, have you ever swapped debt to improve your financial situation?