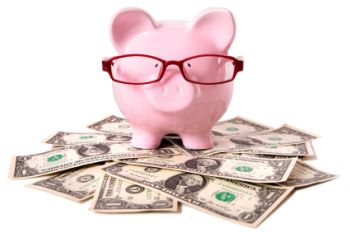 Lately I’ve been seeing a lot of commercials on TV talking about low fee IRA programs such as Vanguard.  This company offers low cost IRA fees versus most of the other brokers out there.  In fact some of these fees can be so low you almost have to wander how to they stay in business.  This prompted me to do some research and find out, are low fee IRA companies a good way to invest for your retirement?

To start I’m going to do a fee comparison between two similar funds.  One being a fund I actually invest in, the Transamerica Moderate Growth Fund and the second being a low cost mutual fund, the Vanguard Life Strategy Moderate Growth Fund.  Here is what I found when I compared the cost on these two funds.

When you compare these two funds side by side you can obviously see which fund cost more in fees. Both funds earned an 8% return and started with an investment of $10,000.  The Transamerica fund charged a total of $6100 over a 20 year period.

To start we will look at the Transamerica Fund first.  This fund earned a return of 7.45% since the fund was started, and carries the same fees as the first example. 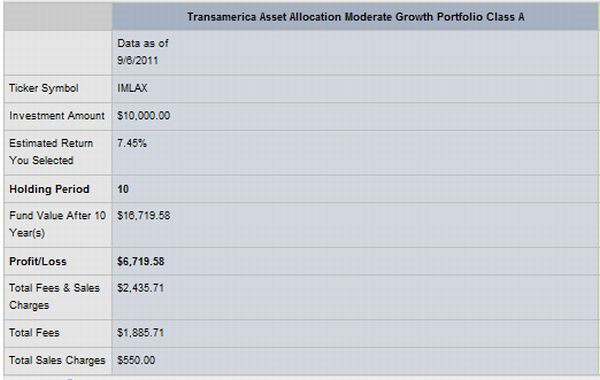 Now lets compare are results with the Vanguard low fee IRA company.  The Vanguard low cost mutual fund earned only 4.24% since the fund started. Here is what I found. 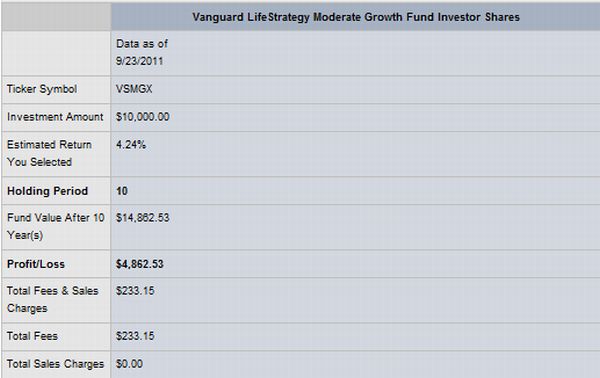 This article was recently featured in the carnival of personal finance by Hope To Prosper.