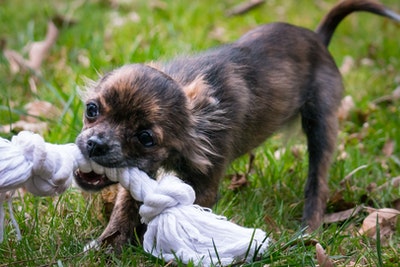 If you have been blessed enough to have a dog in your life, you will know how special they are to your family. Their lovable nature, their wagging tails, and their wet kisses simply make your day.

While a large portion of dogs that you come into contact with wouldn’t hurt a fly, there are some dogs that you need to be careful of. Why? Because they can bite.

More often than not, these dog bites are nothing and they won’t hurt you at all. However, if you have been bitten by someone else’s dog that has led to a serious injury, you could be entitled to claim for compensation.

By taking the time to learn more about how professional lawyers can help you, you will find that the aftermath of such an event may be easier to handle.

Without further ado, let’s learn more about what you should do if you’ve been bitten by a dog that isn’t yours.

Though it can be hard to focus when you’ve been bitten by a dog, it’s really important that you seek out emergency first aid if needed. Even if the injury doesn’t look too severe, you need to make sure that it doesn’t have the opportunity to get any worse further down the line.

This is the first thing that you need to do. Your health takes priority. Of course, you will be the only person who knows whether you need to seek professional help or whether simply washing the wound and using a bandage to keep the bleeding at bay is the best route to take.

To be on the safe side, you should make an appointment with a doctor who will be able to see if the wound is infected and whether further treatment is needed.

This way, you will know that you’ve done everything in your power to prevent a serious injury from occurring.

Now, you may be asking why you need to look for witnesses, but unbeknownst to many people, they could play a vital role when it comes to pleading your case to a personal injury lawyer and getting the compensation that you deserve. You can find more here about personal injury and its claims.

Before doing anything else, take the time to obtain the names and addresses of anyone who may have seen the accident occur. As well as this, you also need to be able to identify the dog owner and the animal that bit you.

This is imperative as if it is a stray dog, there could be a chance that you need to seek out treatment for rabies, which is something that you definitely don’t want to deal with.

Once this has been done, take photographs of your wounds, and maybe even the dog, maybe next on your list. This could be important evidence to have to hand if you have a successful claim to compensation.

Depending on the severity of the bite, such photographs could influence how much money you get as a result of your claim. This is something that should be done sooner rather than later.

Finally, our last point could be the most important. Though you may not think that a dog bite warrants a personal injury lawyer, they are actually the people who will be at the forefront of how successful your compensation claim is.

To put your mind at rest, you should know that you are not alone when it comes to dealing with the aftermath of a dog bite. Statistics from the American Veterinary Medical Association have stated that more than 4.5 million people are bitten by dogs in the US each year.

This means that 4.5 million people are all entitled to claim compensation if they have found that such injuries have impacted their lives.

And this is where personal injury lawyers play their part. By taking the time to contact a professional in your area, there is a very high chance that you will be able to recover compensation for any losses you may have suffered from the attack.

However, if a claim to compensation is something that you wish to pursue, you must remember that a lawsuit must be filed no later than one year after the attack.

This is due to the one-year statute of limitations that have been put in place concerning dog bites. A benefit of this is that it provides you with plenty of time to think about whether you want to file a claim in the first place.

If so, you will have time to find the best personal injury lawyer for your needs.

Living with the aftermath of a dog bite can be tough, but it doesn’t have to be. By following some of the steps above, you will have a clear idea about what should be done first, so you can deal with this process in the best way possible.

Whatever you do, don’t live in fear. Seek help and you will get justice.