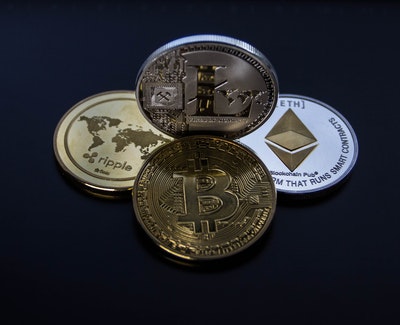 People worldwide got to know about bitcoins in the year 2008 when Satoshi Nakamoto and Martiti Malmi registered a domain called bitcoin.org. In the year 2008 and early 2009, the entire concept of bitcoins came in the limelight.

As per the white paper published by the two bitcoin founders, bitcoin’s new digital currency would eliminate any need for a central authority.

As per the founders of bitcoin, the new digital currency system would need a trustless payment on the web.

This means, even if two parties don’t know each other, they could easily transact and exchange money without government interference and any central authority of the country.

Why are bitcoins, and how are they different from other currencies?

First of all, there is an enormous difference between bitcoins and other types of currency we use every day. Unlike dollars, Euros, and other coins, bitcoins are not printed. Instead, bitcoins are produced by computers using the software.

This process of creating bitcoins by using computers is called bitcoin mining.

Bitcoins were the first cryptocurrencies to be launched. The transaction of bitcoins may seem pretty challenging and confusing to some people.

But trade in bitcoins is pretty simple if you try to understand it. All you need to know is the wallet address of the person you want to send bitcoins.

What is bitcoin ledger?

A bitcoin ledger maintains the balance of token trading. These ledgers store all transactions that take place in bitcoin tokens.

Bitcoins are used for different purposes in today’s digitally active world. Today organizations and businesses all across the world are accepting payments and transactions in bitcoins.

In this sense, bitcoin will be used for payment for almost anything and all around the world in the upcoming future.

Bitcoin can be used to pay for anything you want to pay electronically. The only thing that makes a significant difference between bitcoins and other payment modes is that it is irreversible. Thus, once you have paid for anything in bitcoins, you can’t reverse the payment.

The best part about bitcoins is that any centralized authority does not own it, and it is not dependent upon any type of banking system for the functioning.

The entire network of computers that works under blockchain technology is dependent on maintaining the accuracy of the ledger. Whenever you send a bitcoin or receive a bitcoin from any person, the entire network knows about it. This process is called a centralized system.

Since no centralized authority takes part in a bitcoin transaction, bitcoins function by an open network of dedicated computers and coders all around the world.

What will be the future of bitcoin?

Today as the world is focused on the digital world, digital currency is picking up. People and businesses all over the world are transacting in bitcoins, and it is said that bitcoin has the potential to become a global currency.

Unlike other currencies that require conversion, you won’t face any problem with bitcoins. In addition to this, you can make payments in any part of the world by using bitcoins.

You don’t have to worry about the authentication of transactions from a central bank or any other authority when making payment in bitcoins.

We hope this article will help you to understand all nitty-gritty associated with bitcoins. You can also visit website popular websites to know more about bitcoins and how bitcoin is changing the currency world.

This will give you all the necessary information needed and it will update you about everything that you need to know about before starting trading.