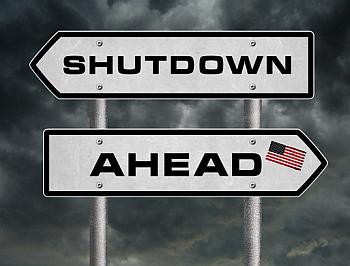 With the government shutdown still going on I’ve been hearing about all kinds of different things they have been forced to close or cut funding on such as government monuments, layoffs, and even cut funding for soldiers funerals who have paid the ultimate price for our country.

This is truly a sad situation to see and frankly I don’t want to make this article all about politics and who did what but rather look at this situation from a personal stand point.  With the government currently in shutdown mode they have been forced to cut funding and close things.  Not because they want to but because they have to.

This begs the question, what would you give up on a personal level if you had lost your job and had little to no income coming in?  Now I know most people don’t operate in the same way as the government does but on a personal level this might be comparable to losing your job or getting laid off for a short period of time.

Below is a list of things I would have to give up if I were in this type of situation.

Things I Would Give Up And Do Differently

In the end when it comes down to it I would stick to only the bare necessities to get through things. It would suck and I know it would be hard to give a lot of the things up that I mentioned above but I would do it if I had to.

So how about you, what would you give up if your family had to go into a financial shutdown?