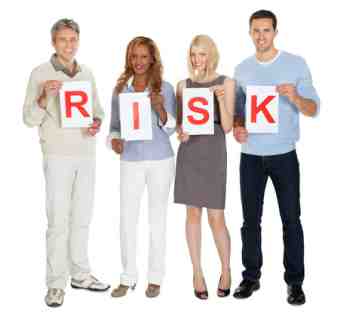 Statistics compiled by the National Institute of Justice show that identity theft victims are most likely to be victimized by someone who they know and who has access to the victim’s personal information, no matter which target group the victim falls under. That’s why it’s so important to know your true risk of identity theft, and what you can do to protect yourself.

Group at Risk: The Middle Aged

There are several reasons why this group is at risk: On average, they earn higher incomes, have a higher number of existing credit accounts, and may be perceived as less financially savvy than younger potential victims. However, the average is only a baseline.

My aunt fits in to this group as an identity theft target, and just last week she received a phone call from “her grandson, on vacation,” a classic money wiring and identity theft scam. She played along as an excited grandma, asking so many questions about the weather, sights, and people on this “vacation” the scammer eventually hung up. This is one way to protect yourself (if you have the time), but people in this age group can also prevent identity theft by:

Group At Risk: Teens and Tweens

This is bad news for these victims, because the Federal Trade Commission indicates that of all types of identity theft, new account identity theft leads to the highest average loss and the most average time for victims to resolve, about $1,350 and 10 hours, respectively. That’s why this age group should prevent identity theft by:

This statistic is not surprising in and of itself, since one would expect identity thieves to gravitate towards those with more disposable income to hide their crimes. What is startling is that the higher income bar starts so low; $75,000 is typically considered middle class. These earners can help deter identity theft by:

When the U.S. Department of Justice decided to investigate where most cases of identity theft are originating, the answer was clear: Existing credit card accounts are involved in 54% of all identity theft cases. A further 25.6% of cases involved a different type of existing account, like accounts at banks or credit unions. What this means is that if you have open credit or debit accounts, you are a prime identity theft target.

According to the Federal Trade Commission, the average loss for identity theft using an existing credit card account only is $350, compared to an average $1,350 loss when an identity thief acquires enough information to begin opening unauthorized new accounts. However, in 5% of cases investigated by the Federal Trade Commission, losses from existing credit cards topped $7,000 or more. Stop this from happening to you by: