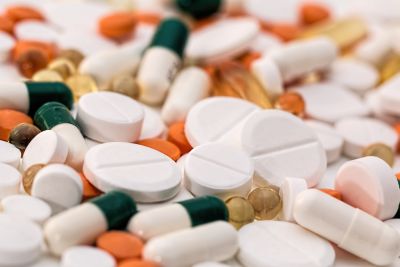 People use an astounding array of medications to reduce the symptoms of disease or treat their disorders. Despite how helpful most of them are, some can be misused. Adderall is one such substance and it’s strictly monitored in Florida.

Without the correct information, you could be charged with possession of Adderall. You may find yourself needing the assistance of a private criminal defense lawyer just to stay out of jail.

Here’s a comprehensive guide of what you need to know about this stimulant. From its purpose and nature to its illicit use and the laws regarding it, learn the essential information about Adderall.

Adderall is a brand name for a drug made by combining amphetamine with dextroamphetamine. This potent combination is used to treat attention-deficit hyperactivity disorder.

It’s also used to treat daytime sleepiness, also known as narcolepsy. The affects the impulses of your brain by altering specific chemicals that impact its ability to function. Adderall improves how the neurotransmitters in your brain work, allowing for improved cognitive function.

With a controlled dosage, Adderall reduces impulsive behaviors, decreases hyperactivity, and can improve attention spans. It also helps people stay awake and active during the day. Taking it reduces nervous activity and lets people with ADHD be more focused and remain calm.

Adderall is an effective medication for when you’re trying to manage mental illness and be productive. But because its composition includes amphetamine, it can be abused.

According to one report, as many as 16 million adults in the United States have prescriptions for stimulants. Approximately 400,000 of these people may be abusing their prescribed stimulants.

Meanwhile, as many as 5 million people in the country may be using prescription stimulants illegally, including Adderall.  The effects of Adderall use over the long term can be severe so it’s important to get it treated or addressed as soon as possible.

Students may have started taking Adderall when they were younger to treat ADHD and could have grown dependent on the clarity the drug provides.

College students experience enormous amounts of pressure to perform well in their academic activities. As a result, they’re twice as likely to abuse Adderall than people of the same age who aren’t enrolled in college.

Because students and professionals may see Adderall as a performance aid rather than a highly controlled substance, they may not think that it’s such a big deal to use it without a prescription. That’s where they’re wrong.

Adderall is a controlled substance precisely because of its addictive qualities and the vast potential for abuse.

Because ADHD is often diagnosed during someone’s earlier years, there is a chance that someone may grow dependent on Adderall because they’ve been taking it since they were children.

This could lead to them using Adderall even if they don’t have a prescription for it.

The associated punishment for possession of Adderall without a prescription varies with each state. In some states, first-time offenses or carrying only a small amount can boil down to a misdemeanor.

These can be resolved with probation or fines. At most, misdemeanors can lead to a short stint in prison. However, some states levy heavier punishments for drug possession.

Florida had the second highest number of drug overdose deaths in the country in 2018, with a death toll of almost 4,700. Because of the prevalent abuse of illegal and prescriptions drugs in the state, Florida has much harsher laws surrounding Adderall.

Possessing a single Adderall pill when you don’t have the necessary prescription is a felony under Florida law. You might be charged with a maximum of five years in prison for possession.

Even worse is if the authorities discover a large quantity of Adderall in your possession. If the amount of medication they find is too much for one person to reasonably consume, you may be charged with intent to distribute, a much worse felony.

Students can also face harsh penalties for using Adderall without their prescriptions in school. Depending on the educational institution, a student may be suspended for the transgression or even expelled. They also retain the discretion of reporting the incident to the authorities.

The law states you can face twice the maximum fine or double the prison sentence. As such, someone suspected of intending to sell Adderall to students may be facing as much 40 years in a state or federal prison or pay a fine that could reach as much as $10 million.

Understanding the addictive nature of Adderall and the consequences it may have on your freedom and well-being is important. Without this knowledge, you can face legal problems that you could have easily avoided.