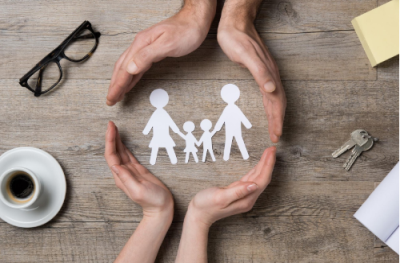 Did you know that the data science industry was worth $169 billion in 2018 and continues to rise in value?

Data science and its various subsets are proving invaluable to not only scientists but now more and more to businesses too.

How can your business benefit from data science? Many are applying the principles of survival analysis to predict the future of certain aspects of their business.

What is Survival Analysis? How can it help you? Check out our in-depth guide below.

What is Survival Analysis?

Survival analysis is a subset of statistical analysis for measuring and possibly predicting the lifespan of a person or object. It typically involves modeling the time between the birth and death of something.

In other applications of survival analysis, the same model could be applied to the length of a customer’s time or life with a company. For this reason Survival Analysis also applies to business predictions such as customer churn or the survival curve for an SVoD business.

Survival churn not only predicts spans of time, such as life, it also provides tools for investigating these events and the factors that influence life expectancy.

What Makes Up Survival Analysis?

The first process measures the time that passes before a specific event, such as death, occurs.  This phase is often referred to as “time to event” analysis or “event history analysis” to give a more accurate idea of what is involved.

The second assumption is that not everything in the sample will experience the event, at least not in the same way. Once a number of members of the study have reached the event, the study may be terminated before all are effected. This is normal and may not affect the results of the study.

Why was it Created?

However, later it was seen that these principles can be applied to a number of other fields. for example, replace the words “birth” and “death” with “invention” and “failure” and the theory can be applied to engineering. This is even though the subject audience is not living breathing people.

In fact, the starting and ending events can be any number of events. These same principles are used to predict the lifespan of business plans and products.

Survival Analysis involves the measuring of the life of items, however, we remember that some of these items will not experience the final event. Despite this, the analysis can be said to be successful. Let’s use an illustration to explain this.

Consider a hypothetical experiment. You want to measure the life expectancy of a breed of cats. You take 25 and keep them in a room. You record their life progress. When one reaches the end of its life you record it diligently. During the experiment, 15 cats reach the end of their lives.  Only 10 cats remain alive. However, one day you carelessly leave the door open and those 10 cats escape.

Does this mean that your experiment is a failure? Actually no. You can still measure the experiment based on the lifespan of the cats that have died so far and specifically the life of the median cat (number 13) that died before the others escaped.

This seeming loss of information is called censoring.

While it is true that the 15 cats that you study provided a significant amount of information, does censoring not mean that you should abandon the experiment? After all, you cannot track the 10 missing cats until the end of their lifespan?

It is true that in the above example, you cannot gather data regarding the date of death of the escaped cats. However, this does not mean that the experiment should be abandoned. Rather it shows than data exists that says that these cats were alive and well enough to escape at a certain date. This data can be included and the experiment concluded.

Although the remaining data may be censored or perceived to be limited, the lost data is not large enough to warrant the termination of the experiment.

Why Survival Analysis Matters in Business

The most common application of Survival Analysis methodology is the Kaplan-Meier and Cox Regression in the medical industry. These principals are applied to medical drug trials to learn the effect of drug treatments and placebos upon sample patient groups.

Interestingly, in this case, the test may have two event conclusions. The analysis is measuring the length of time until the treatment concludes. The conclusion may be brought by either the recovery or death of the patient.

Another application of Survival Analysis is agriculture and crop development. In this case, farmers and agricultural scientists will use the same principles to learn the effect of how certain conditions affect crop growth and life span. This can be quite accurate since germination and disease onset can be accurately recorded in plants.

The latter usage of Survival analysis is applied in locations where genetic manipulation is approved for use and the effect on the plant’s life and its offspring is observed.

What is Survival Analysis and Other Important Questions

If you have asked the question: what is survival analysis and how can it help you, then we are here to help. We provide authoritative articles on business and lifestyle subjects.

We ensure that you keep up to date with business trends without having to do the research yourself. Why not follow our blog to stay informed.