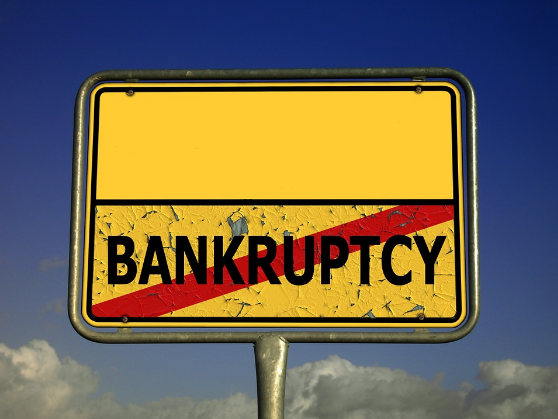 It’s a master class in reverse psychology: creditors threaten people that if they don’t settle their debt immediately, then they’ll be forced to file for — cue the scary music — BANKRUPTCY (duh-duh-duh-duhhhhhhhhhhhh!).

Now, like all effective gambits, there is a kernel of truth here. Filing for bankruptcy has significant consequences, such as a credit score hit and difficulty getting a mortgage or personal loan (more on these in a moment).

But the notion that creditors would try and warn debtors against filing for bankruptcy is bogus. After all, why would creditors care one iota about a debtor’s best interests? They care exclusively about their own interests.

And so, why do creditors ratchet up the fear dial in this way? Simply put: because it usually works. That is, many debtors are so traumatized and paralyzed with the fear and stigma of filing for bankruptcy, that they (somehow) pay up — even if it means putting their long-term financial future at risk. Again, creditors don’t care whether a debtor winds up destitute, or whether their kids go to college. Creditors care about getting paid.

But if you ask any experienced consumer bankruptcy attorney, they will tell you a very different — and far more honest — story. It goes like this: the absolute last thing that creditors want is for debtors to file for bankruptcy. This is because the instant that a case is filed, all collection activity must come to a screeching halt. This includes all communication and wage garnishment orders. And that’s just the start.

Next, all creditors must get in line along with everyone else who is owed money. Creditors don’t like this one bit. Frankly, the only thing that creditors hate more than debtors who don’t pay them, is other creditors who want a piece of the settlement pie. They are like those fighting fish at the pet store that goes into violent attack mode the minute they see each other.

And then eventually — it could be several months after a bankruptcy case is filed — the same creditors who warned a debtor about filing for bankruptcy will probably receive a partial payment. If they aren’t happy (and they won’t be), they can’t take out their rage on the debtor.

Instead, they must petition the court-appointed bankruptcy trustee, or go straight to the court itself if they feel the process was handled unfairly by the trustee. Regardless of how that process plays out, it has nothing to do with the debtor. As long as they were honest in their filing, they are legally shielded from any of this potential blowback.

And speaking of debtors: they typically discover that the post-bankruptcy financial apocalypse they dreaded — and that creditors warned them about — doesn’t come to pass.

Yes, there is a credit score hit, and getting a secured loan (mortgage, car loan, personal loan, credit card, etc.) is not in the game plan for a while. But recovering from bankruptcy is not a tedious uphill ordeal: it’s a straightforward path that hundreds of thousands of people successfully travel each year.

In fact, according to myFICO.com there are things that debtors (and anyone else for that matter) can start doing immediately to improve their credit score.

The bottom line: Filing for bankruptcy should never be the first option when dealing with unsustainable debt. But when all other reasonable options fail — including getting creditors to be reasonable human beings — it is definitely an option that debtors should consider.

To that end, they should consult a bankruptcy attorney who will tell them the truth — not listen to creditors, who will try their best to manipulate a very one-sided outcome where they absolutely win and debtors utterly lose.

Are thinking about filing bankruptcy?