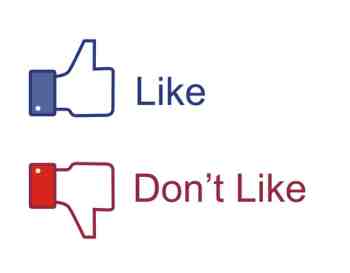 Last year Facebook had to settle with the Federal Trade Commission over Facebook privacy issues which misled users about their real right to privacy using its service. A recent poll by AP-CNBC found that 59% of Facebook users do not trust the service to keep their information private. Yet despite the lack of trust, we still post incredibly personal information on Facebook.

One reason for the lack of trust is the flurry of Facebook privacy problems in the news, which point to a more serious integrity issue at Facebook headquarters. Its privacy policy is very obscure, and paired with the rollout of Timeline, many users are wondering whether Facebook cares about their opinions at all. So far, the company is walking the line just as much as it needs to in order to prevent users from fleeing en masse. But are they going too far?

Why does Facebook need all of this information? The short answer is to make money. Facebook depends on revenue from ads to make a profit, and in order to sell its ads, it needs to show ad buyers why and how Facebook ads are different from ads on any other site. Right now, Facebook’s selling point to these ad buyers is its massive database of information on users, the primary cause of users’ Facebook privacy concerns.

Facebook’s privacy policy does not prevent it from sharing your public data with anyone at any time, and other types of data it can share with its advertisers and others on or off of the Facebook site. Because of these Facebook privacy issues, your information could be leaked across the web. Each site you visit that is part of Facebook’s advertising network could receive information about your location, personal preferences, and more, whether or not you are logged into Facebook.

Can you imagine what would happen if your bank had a privacy policy like this? You probably wouldn’t use that bank, and neither would I. But as we use the Facebook service we are putting ourselves at the same risk of identity theft, cyberstalking, and other criminal activities as we would if we agreed to share our bank information.

There is also the potential that the information Facebook shares about you with its advertising partners could be shared with less trustworthy partners even further removed from you. A gaming service like the popular Facebook-enabled Zynga, maker of Farmville and Mafia Wars among others, does not usually have the types of security measures in place that a service like Facebook has. This means that your information can easily fall into the wrong hands:

Although Facebook implemented several new privacy protection measures after its privacy policies resulted in negative user reactions, these policies do not go far enough to really protect user information. What’s worse is there is no way to opt out of sharing much of this information with Facebook and its advertisers.

The only way you can avoid the risk entirely is by not using Facebook, and this is why Facebook’s disregard of user preferences may be going too far: With Facebook privacy not working, it could lose most of its user base in the U.S., especially once it ramps up its advertising program.

If you want to reduce your risk of identity theft while using Facebook, you should know how to protect yourself against its privacy policy by using the social media use tips discussed here. Let us know what you think of Facebook’s privacy problems in the comments section below.