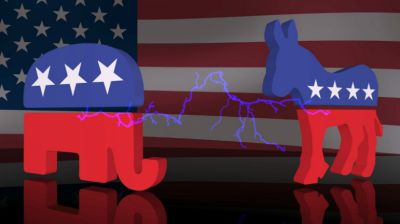 Presidential Politics and Student Loans – What to Expect Moving Forward?

Politics aside, the cost of college education in the United States is exorbitant.

Given that a standard undergraduate degree will cost 4 X that amount, it comes as no surprise students are increasingly concerned about student loan debt.

In an election year with Democrats and Republicans sparring with one another over every single issue, student loans have not been at the forefront of both parties’ agendas.

Bernie Sanders as a Democratic front-runner and Elizabeth Warren his close friend and colleague, both touted massive reforms in the way student debt would be handled, were they to be elected to the highest office. Of course, talk is cheap.

The reality is that politicians rarely deliver on their promises, particularly when the amount of student loan debt per student routinely hits six figures.

Yet despite the personal attacks between Trump and Biden, the Democrat contender for office has proposed all sorts of freebies to students, ranging from massive investments in minority colleges, dramatic reductions in student loan payments for low-income earners, doubling the value of Pell Grants to Americans, investing heavily in workforce training, and providing substantial assistance to community colleges to improve their facilities. These messages certainly resonate with younger voters, particularly Generation Z and Millennials.

More Americans are Getting College Degrees Than Ever Before

According to the latest U.S. Census Bureau report, Americans are placing much more emphasis on education, and for good reason. 90% + of US citizens, permanent residents, and aliens, 25+ years of age have completed high school, and at least one-third of Americans over 25 have achieved an undergraduate degree or a postgraduate degree. Equally interesting from the U.S. Census Bureau report is that during economic hardships, Americans tend to double down and push college education even harder.

With Donald Trump and Joe Biden locking horns on every issue imaginable, it’s hard to foresee a situation where student debt becomes the primary driver of voter turnout.

Other contentious issues such as universal healthcare, the southern border, coronavirus, Second Amendment rights, foreign policy, and unemployment assistance are leading the charge.

Sadly, student loan debt expungement or substantial repayment assistance has been placed on the back burner, for now at least. 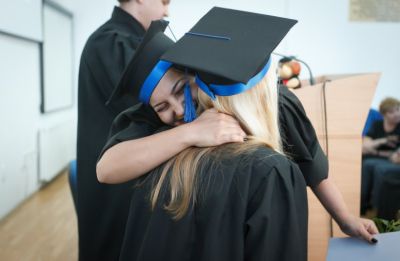 How Are Americans Paying for Their College Tuition?

Student loans comprise a hefty chunk of debt obligations for a growing number of college students around the country. Rising costs of tuition, board and lodging, and related expenses place an undue burden on students and their families.

A small minority of students can pay for their education upfront, in full every year. For the rest, it’s necessary to consult the government-sanctioned loan options and lending companies too.

There are several types of federal student loan options available, including:

These companies are highly regarded in terms of offering the best student loans at the most competitive interest rates and repayment terms.

With interest rates rising and falling ahead of the elections, these companies are trusted in terms of providing competitive rates, no early repayment penalties, and zero origination fees.

This is particularly important in an election year where anywhere from 18 million – 30 million Americans find themselves unemployed.

How are the Candidates Approaching the Student Loans Issue In the 2020 Election?

While public sentiment and the media tend to paint the incumbent as the villain, Donald Trump, in conjunction with Congress, slapped a temporary freeze on all Federal Student Loan repayments.

This also applies to interest charges on student loans. Short-lived though it may be, this has helped to alleviate some of the pressures on Americans who now find themselves unemployed, with mounting debt.

The Trump administration has attempted to push proposals through Congress, to no avail. Various measures are currently in place to ease the burdens.

The Republican side of the aisle is generally against eliminating debt in its entirety, but it favors measures that make it easier for students in these difficult times.

Joe Biden, the former vice president, and standard-bearer of the Democratic Party is looking to inject a massive $750 billion investment into the education sector over the next decade.

He is also planning to embrace many proposals set forth by Senator Bernie Sanders and Senator Elizabeth Warren, if elected, and if Congress goes through with it. One of these measures involves 2 years of community college tuition free education, another offers $10,000 loan federal loan forgiveness as a result of the coronavirus.

Arguably the most substantial support being floated about is complete student loan forgiveness for 2 or 4 year public colleges for anyone earning less than $125K annually.

The list of proposals put forth by the Biden team is substantial, and if they pass, could significantly lift the burden on student loan debt.

How Are Voters Reacting to the Democrat Message?

The runaway costs of higher education tend to serve as a disincentive to study. Many college grads finish their bachelor’s degree with $200,000 + in debt.

When graduate school costs are added into the equation, that figure swells substantially. The problem with student debt is that it reduces personal disposable income which is necessary for living expenses.

Democrats have seized upon this issue now, even though it has been a glaring problem for decades. Students are finding it difficult to build a life because they are buried in a mountain student loan debt.

However, affordable interest rates, flexible repayments, and government-backed assistance may well reduce the burden of student loan debt which remains a massive component of overall macroeconomic debt. In January 2020, a report found that the total US student loan debt amounted to $1.64 trillion +, with almost 45 million Americans owing money on their student loans.

Democrats will want to capitalize on this reality by promising debt alleviation, debt mitigation, or debt cancellation when certain measures have been met.

The true test of debt relief will be evident when the next president is sworn into office. Don’t expect major changes just yet. Cost-effective, flexible, and tailored student loan options remain the most viable solution to managing burgeoning student loan debts.