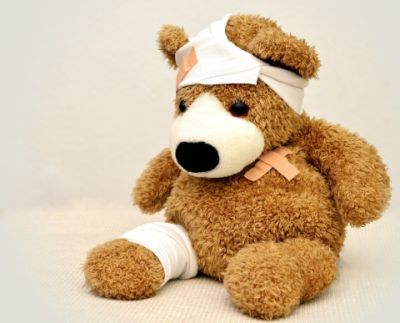 Workplace accidents can happen to anybody, in any line of work.

Whether you’ve been injured performing your normal duties at a physical job, or you’ve had an accident like a slip on the stairs at the office, it’s normal to feel worried about what to do next, especially if you think it wasn’t your fault.

Try not to panic, and handle the situation calmly to keep things under control.

In the first few hours after an accident has happened, don’t fret about who might be at fault. Take care of your health first, and worry about things like worrying about personal injury verdicts later on.

You should worry about seeking treatment first. Start by seeking help from your work first aider, who can help you decide whether an ambulance should be called or if you can just be driven to your own doctor.

See your doctor as soon as possible too so they can check for a delayed response to any injuries and can confirm the extent to which you’ve been injured.

The most important thing in the first days is to treat any injuries as soon as possible to reduce the risk of long-term problems.

After you have been treated for any immediate problems by the first-aider, make your employer aware of the accident that has happened.

This means that if you do decide to make a claim, later on, there will be a proper record of the incident. Report the incident through the proper channels and make sure that a record has been properly made to make sure your employer won’t be able to dispute that the accident happened if you do have a claim.

If any co-workers were present when the accident happened, ask them to make a note of what happened too, in case their evidence is needed if a dispute happens.

Be careful not to discuss blame with anyone yet, even with friends in the office. Admitting any fault could damage your cause later on if you do realize that you could make a claim, so don’t discuss it all, just to be safe.

If your employer has an accident report book, make sure the incident has been recorded correctly in it. Some employers might be reluctant to make a record of any accidents that happen on-site, especially if they have targets to meet, but insist that a proper record is made.

If your boss refuses to record it, make sure you create a paper trail yourself by emailing them about the incident and saving copies of your emails. This can help you later on if you try to claim some compensation.

If your accident was caused by something like a trip hazard left lying around, a wet floor without proper signage, or a lack of safe tools or safety equipment to do your job, make sure you clearly record what caused your accident to happen.

If you can, take some photos or videos of the area where the accident happened. You could also think about asking for access to the CCTV footage to see if your accident was covered and recorded.

Keep hold of any evidence about the accident as it could all help with a later compensation claim.

If you can’t take photos or get CCTV, it can help to write down some notes about the accident as soon as you can manage it to after it happened, so you can remember things clearly and get a record of what happened to help you later on with any claims.

Keep A Record Of Symptoms

After your accident, keep a record of any visits that you have to make to your doctor and keep a detailed diary of any problems or symptoms that you experience later on.

Include even minor injuries, in case your doctor only focuses on the more major ones.

Make a note somewhere, whether on paper or on your phone of things like bruises, broken bones, and any remaining stiffness or soreness.

Ask your Doctor for a record of any treatment that they give you as a result of the accident. Also keep a record of any expenses or losses caused by your accident, such as loss of earnings if you have to take time off work or the cost of your medical treatment.

If you decide to speak to an attorney, later on, having records of everything can really help your case and can help you to claim some compensation.