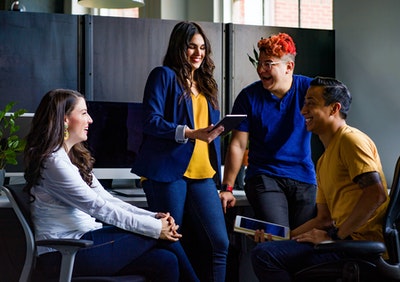 Generally speaking, most people think they know what it takes to be successful as an entrepreneur.

In reality, though, most successful entrepreneurs – and in particular those who have the most dramatic and enduring effect on the world at large – frequently don’t match this stereotypical image at all.

Instead, many successful entrepreneurs are actually easygoing people with a zest for life, a strong creative vision, and a willingness to say “no” on a regular basis.

Here are a few counterintuitive tips for professional success.

#1 Don’t do things that you hate

There’s a common argument that says success requires the ability to do things that you hate, over and over again, until you break down the obstacles in front of you.

This is true to some extent – in the sense that we all have to work hard and deal with obstacles from time to time, regardless of what it is we’re doing in life.

Ultimately, though, a quote from Warren Buffett speaks volumes on this topic:

If you find that you are routinely doing things that you hate in your professional life, you should probably take that as a sign that something is wrong. Maybe your approach is off, or maybe you’re in the wrong industry altogether.

Find ways to reorient your focus so that what you do is in line with your internal map. This could be as simple as switching to a different type of packaging for your products, such as a box pouch, based on your own aesthetic sensibilities. Or it could mean changing industries altogether.

For the most part, your job should actually be something that you enjoy doing, and that doesn’t feel much like “work” at all.

If you are the kind of person who constantly works through the night, works on weekends, and who passes up on vacation time in order to be more “productive,” there is a very good chance that you are doing yourself more harm than good.

Research has actually found that people who use their full annual vacation allowance are not only happier but also more productive, than those who work around the clock.

Leisure time, and the activities that promote happiness in general, will make you more dynamic, flexible, creative, and will also recharge your batteries so that you can do your best work consistently.

#3 Be focused on the process, rather than on the outcome

The investor and business commentator Naval Ravikant argues that the only activities you should really undertake are those that are “complete in and of themselves,” rather than those which are entirely goal-directed.

In other words, you should do things for their own sake, and should look for fulfillment in the act of doing, rather than in the hoped-for end goal.

This is similar to the point made by Dilbert cartoonist Scott Adams: that you should focus on “systems” rather than “goals.”

When you can enjoy the process, your anxiety will tend to dissipate greatly, and you’ll be more attentive to detail. Life will be more fulfilling, and you will likely be more consistent with your work, too.