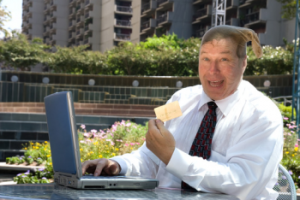 With the advent of the Internet and the ease of which vast amounts of people's details can be stored and transmitted, how to prevent identity theft has become more common than you might think. Attorney General Rob McKenna noted how “More and more often, victims are being denied jobs and being denied insurance as a result of their credit being destroyed by identity … END_OF_DOCUMENT_TOKEN_TO_BE_REPLACED